Bladed Fury test: China finally has its Muramasa, a rather great success!

If historically the Asian video game has always been dominated by Japan, things are changing very quickly. China is waking up and more and more talking about it. After the dazzling success of Genshin Impact and while waiting for the arrival of the very promising Black Myth Wu Kong, it is the tri-urban developers (Shanghai, Shenzhen, Beijing) of NExT Studios who are today talking about them, with the Bladed Fury, an action game clearly inspired by Muramasa: The Demon Blade, is released on consoles. 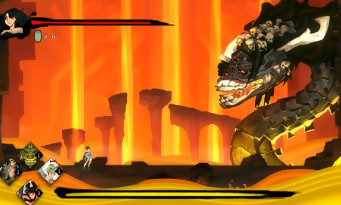 Obviously, the historical context here is Chinese and not Japanese. The recounted events take place during the Warring States Period, which began in the 4th century BC. AD and therefore assures us a certain change of scenery. Accused of her father’s murder, Princess Ji is forced to flee the palace and seeks revenge on Duke Tian, ​​who tricked her into marrying her sister Shu. This a priori prosaic context very quickly turns fantastic, which leads Ji to set foot in the realm of the dead and to meet ghosts, skeletons, ancient gods, demons and other lost souls. This supernatural aspect is obviously not to displease us. It is all the easier to appreciate it as the artistic direction turns out to be downright attractive. She is brilliantly inspired by Chinese prints and offers us a colorful 2D, where shimmering special effects rub shoulders with decorations and characters that one would swear painted by hand and cut from paper. 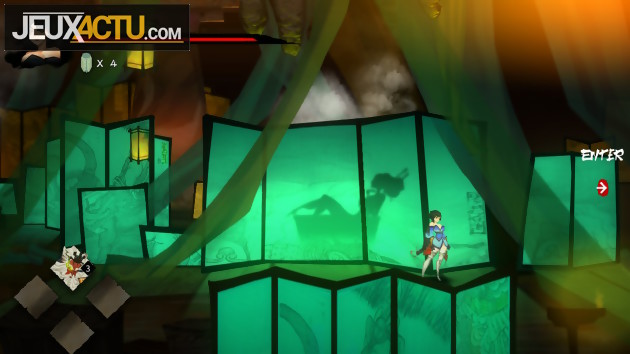 The result is somewhere between the graphics of Muramasa: The Demon Blade and those of Mark of the Ninja, two highly recommendable references. Chinese calligraphy, a few extremely stylized fixed screens, and one or two quotes from Confucius further enhance the Asian atmosphere. Moreover, the developers did not hesitate to make us fight at times in Chinese shadow, when the heroine and her opponents find themselves behind screens. The combat system is also quite successful. The most determined players may initially regret the lack of complexity of the combos, since it is enough to hammer the same key to take out the basic shots. But we must take into account the souls that we win over the clashes and which allow you to unlock additional blows. Above all, it quickly becomes necessary to be tactical if one does not want to spend too much time facing each opponent. 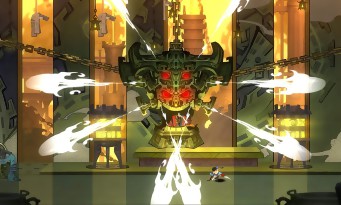 The game offers us a particularly important parry and dodge (dash type). The first allows not only to block certain blows but also to chain on very powerful responses. The second offers some precious invincibility frames. The range of movements also tends to favor all that is “air control”, since it is possible to chain jump, double jump, dodge and hits to stay a maximum of time in the air and harm enemies high up. perched. On the weapons side, you have to be satisfied with the double swords (fast but whose damage remains measured) assigned to one touch, and the great sword (heavy and powerful) assigned to another. Again, this system is not as basic as you might think at first glance. Some enemies are indeed equipped with a super armor, insensitive to weak blows. You must first empty their armor bar with the great sword before being able to place a few well-felt blows, and thus try to empty their life bar before their magic armor reappears. Of course, the game does not forget to regularly put in our path a few bosses. These special enemies are imposing, very stylish, and the joy of defeating them is increased tenfold by the possibility of recovering each time a “soul shard”. This component allows you to unlock a special move relating to each boss, which can then be summoned at will or almost (a quantity of charges and a reload time still limit abuse). 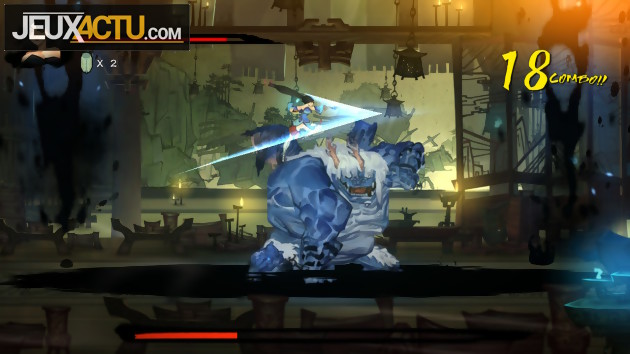 The six intermediate bosses that we face before the final boss thus give access respectively to a black hole which attracts and wounds enemies, to a spider web which immobilizes them, to a healing spell, to a long shot of arrows. , a devastating cannon shot and a mighty dragon’s breath. These different elements ensure good times and good sensations with the controller in hand. Unfortunately, the game still suffers from a few small flaws. Thus, the levels are relatively linear, even if some puzzles and hidden bonuses come very slightly to enrich the exploration. In addition, each time you change zones, you have to experience a black screen that conceals a load. These pauses are fortunately extremely short (of the order of a second) but their repetitiveness somewhat hampers the rhythm of the adventure. Finally, the final sequence does not reserve any great revelations for us, but is content to display a few lines of text in a way a little too expeditious. And most importantly, this ending comes after just three hours of play, or even four if you decide to take your time and research all the bonuses. Only scoring enthusiasts will be able to prolong the fun thanks to a timed challenge mode in which we have to face all the bosses again. But this bonus is still very anecdotal, so much so that the developers do not offer any online ranking but only invite players to take screenshots of their best time and share it manually with their friends … 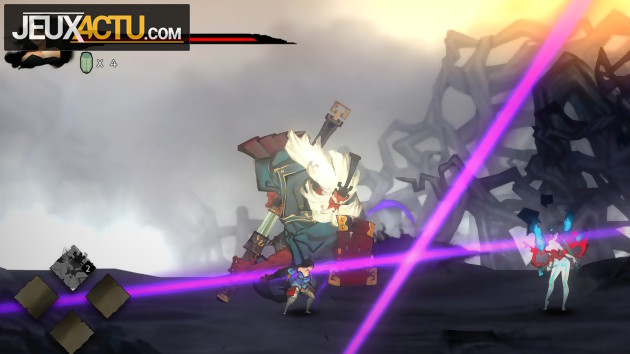