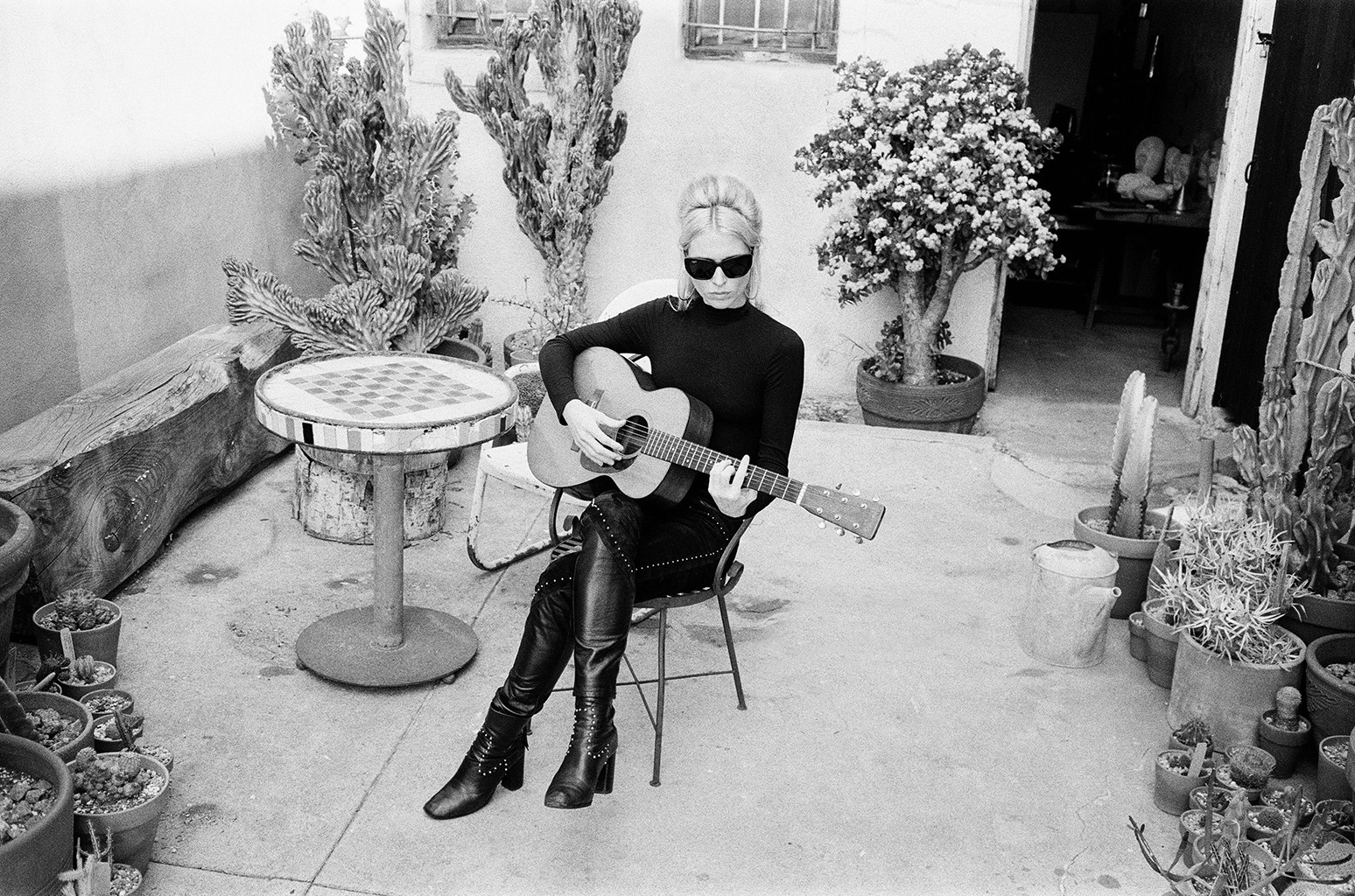 Beck and Wild Belle’s Natalie Bergman have joined forces for two new tracks. The artists duet on a cover of 1975 soul single “You’ve Got a Woman” by Lion and release a Beck remix of “Paint the Rain” from Bergman’s debut solo album Mercy.

The “Paint the Rain (Beck Remix)” takes Bergman’s gospel track and turns it into a rock tune plucked from the 1990s. Beckett adds distorted guitar and power chords to transform the heartfelt track.

“It is slightly touching on almost grunge,” says Bergman, who tells Billboard she’s “thrilled” about the remix. “It’s very unusual because I don’t really have that much of a repertoire with that music, but that’s kind of where he came out of in some ways.”

“Paint the Rain” is one of 12 tracks from Bergman’s solo debut album that reflects on the tragedy of losing family and her growing spirituality. Just months after Wild Belle joined Beck on tour, Bergman lost her father and stepmother in a car accident and then spent weeks in silence at a monastery in the desert. According to Beck, Bergman had asked him to sing “Paint the Rain” with him, but he was unable to make it to the studio in time.

“To navigate those experiences and emotions and translate them into songs that can be sung and felt is much more difficult and fraught than one can imagine. To overcome despair and rework it into a thing of beauty takes a kind of strength,” Beck said in a release.

Beck and Bergman have been close friends since Wild Belle opened for Beck and Cage the Elephant’s 2019 Night Running tour. Bergman says Beck’s been a huge supporter of hers and has helped many independent artists over his lengthy career.

“He’s so talented and incredibly intelligent,” Bergman says. “I’m thankful for all of the contributions he’s made on this album in particular.”

In addition to the remix, the duo tackles the soul rarity “You’ve Got a Woman.” The western psychedelic track is transformed through Bergman’s entrancing vocals as Beck croons “always on my mind” in response. Both “You’ve Got a Woman” and “Paint the Rain (Beck Remix)” are out now.