Battlefield 6: DICE promises heavy next-gen, the series will land on mobile in 2022 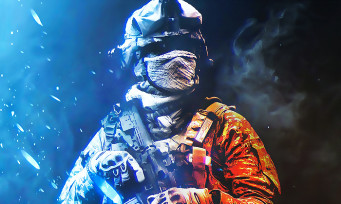 As rumors about the next Battlefield continue to spread on the Internet, DICE has decided to put some order by exposing its plans for its flagship series. “The reveal of the next generation of Battlefield is in the works, and we can’t wait to show you all“Says Oskar Gabrielson, director of the Swedish studio. Incidentally, he said that the team behind the game has never been greater.

“Thanks to collaboration with other prestigious development studios in Electronic Arts, we have assembled the largest development team ever for a Battlefield on console and PC. Our friends at Criterion [qui a dû repousser la sortie du prochain Need For Speed, ndlr] and DICE LA work with us to bring our shared vision for the game to life, while the Göteborg team takes the technology to the next level.“

He adds : “Right now, we’re in the daily testing phase to polish, balance, and bring about the best Battlefield ever. Believe me, this episode promises to be great. It contains all the ingredients that make Battlefield a success., with a degree of finish never seen before. An epic dimension. All-out military war. Completely crazy and unexpected moments. A destruction that affects the game. Titanic battles, with even more players and chaos. All thanks to the power of new generation consoles and PCs.“

The other part of the press release concerns the arrival of Battlefield on mobile devices in 2022, a project carried out in collaboration with Industrial Toys. “Make no mistake: this is a game in its own right, warns the same Oskar Gabrielson. Designed specifically for the mobile platform, this is a separate episode from the one we are preparing on consoles and PC. Entirely developed by iToys, this experience Battlefield unique and demanding will allow you to take advantage of the license at any time. This mobile game is entering a testing period before it goes live next year, so expect more details to come.“

With Call of Duty Mobile already making a place for itself on iOS and Android with over 300 million downloads, there’s no doubt that Battlefield won’t want to make the extra part.