Battlefield 2042: the Metacritic note broke, and the review bombing of the players is present 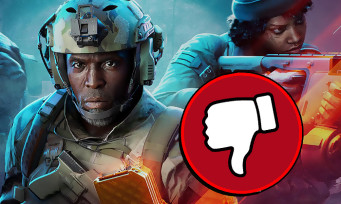 When the first ratings for Battlefield 2042 fell on November 11, Electronic Arts’ FPS had a good reputation. With 81% average obtained on Metacritic, the game prided itself at that time to do better than its main competitor: Call of Duty Vanguard which posted a simple 75% average. Unfortunately, once the game was accessible to the general public, Battlefield 2042 had a series of technical disappointments (untimely disconnections, technical bugs, poor optimization and balancing), and angered the players. These were expressed on the game’s Steam page, but also in the user note section of Metacritic. Either way, Battlefield 2042 takes a beating with over 26,000 bad reviews and a 2.3 / 10 user score. Among the big complaints made to the game, we find the “All Out Warfare” mode, the bad feeling of the weapons, a surplus of vehicles which makes the game on foot indigestible. There is a lack of balance and for now, players feel they have paid for an Early Access and not a finished game. For the moment, Electronic Arts has not yet spoken, but we imagine that on the side of DICE, we are already on a war footing to extinguish the fire.