Battlefield 2042 test: no solo, but a multi-service game, the ideal formula?

Battlefield 1942, Vietnam, 2, 2142, 3, 4, 1, V and now 2042: the nomenclature used to distinguish the various major episodes of the series for almost twenty years has enough to leave novices perplexed, even confusing them. They may be reassured here, because the episode that we are going to dissect today is here to last several years. Electronic Arts has indeed declared that this episode will be treated as a game-service, with many improvements and additions to come. 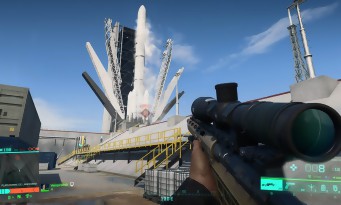 This new direction is immediately a major victim, since the traditional single-player campaign simply goes by the wayside. This is inevitably regrettable, and all the more surprising that the introduction of the game still takes the trouble to set up a real universe. Following various climatic disasters, many refugees find themselves stateless and form the group of No-Pats. Mercenaries ready to sell themselves to the highest bidder, they fight indifferently for the United States or Russia. This is enough to justify the temporary commitment of the players to this or that camp. The script does not go further, even though it seems to have been put in place to justify the presence of specialists. These particular soldiers, who each have their own name and a well-defined face, more or less replace the old class system. Now any soldier can wield any weapon! Some veterans of the saga may not like to see their habits be shaken up in this way, but this change seems rather beneficial to us. More freedom, less limitations! And the presence of ten different specialists is there to ensure a certain heterogeneity and complementarity. Thus, Sundance has for example a wingsuit and not a parachute, Dozer suffers less explosive damage than the others but cannot use gadgets, Mackay moves quickly and can use a zip line, Paik has a scanner allowing to spot enemies through obstacles, and Falk can heal his allies from a distance with a syringe gun. This brief overview should convince you that every player is bound to find something to suit them. And if you ever want to have even more choices, remember that Battlefield 2042 is now a service game. Four “Battle Pass” are planned for the coming year, each of them bringing their share of new maps and additional specialists. And if Electronic Arts keeps its promises, these additions will be free! A paid version of each pass will still be available for players who are fans of cosmetic items. 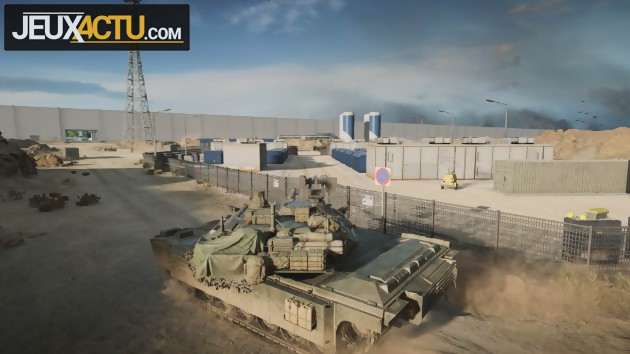 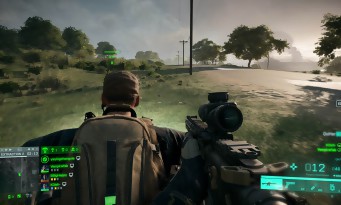 Who says new Battlefield, of course, says new maps. There are seven of them here and each has its own atmosphere and particularities. Discharge places us in the middle of stranded ships on the west side of India, Sablier plunges us into Doha and its sandstorms, Rupture is located in Antarctica and shelters destructible oil silos, Kaleidoscope land is surrounded by skyscrapers. South Korean skies, the Singaporean Manifeste is conducive to tropical tornadoes, Orbital takes us on a tour of Kourou a few minutes from the launch of a rocket, and Renouveau is an Egyptian map divided in two, a giant wall separating a desert area from an area fertile. These maps are varied, they benefit from a good level design, and the different climatic events that disrupt the games are relatively impressive. But the most interesting comes from the new player limit, which has been increased from 64 to 128. The maps are therefore larger, which encourages the use of vehicles a little more, and especially the “battlefield” atmosphere is more sensitive than ever. Bullets are firing from everywhere, we rarely find ourselves alone, the explosions are incessant, there is always a tank or a chopper to surprise us, and the storms sometimes come in addition to upset all these beautiful people. Battlefield 2042 manages to combine multiplayer and great spectacle, which is not given to everyone. Note, however, that unlike “next-gen” platforms (including PC), the PS4 and Xbox One versions of the game remain limited to 64 players, with more collected cards in order not to generate empty areas. 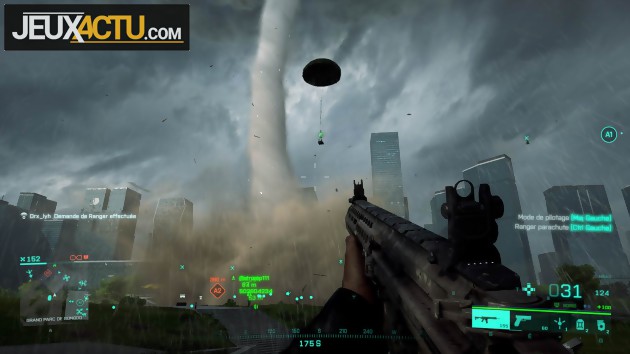 If DICE and Electronic Arts have skipped the single-player campaign, they delight us on the other hand with regard to the multi modes. Thus, the “All-out warfare” menu brings together the two most famous modes of the saga. Conquest requires capturing and holding various checkpoints, while Breakthrough places a team of attackers against a team of defenders. These somewhat crass descriptions don’t necessarily do justice to the value of these two modes, but after nearly twenty years of Battlefield, we’re going to assume you already know them. However, the rest is completely new. The game offers us a brand new mode called Hazard Zone and oriented PvPvE. The 32 players in these games are split into eight squads of four soldiers, with each group battling both the AI ​​and the other groups to bring back data scattered across the map. More tactical than Conquest and Breakthrough, this mode requires good coordination on the part of the squad and is therefore particularly wonderful when playing with friends. It is also unfortunate that the game does not offer voice chat, which means that you have to use an external solution such as Discord. However, the developers have announced that they are working on this feature, which should therefore arrive within a few weeks. 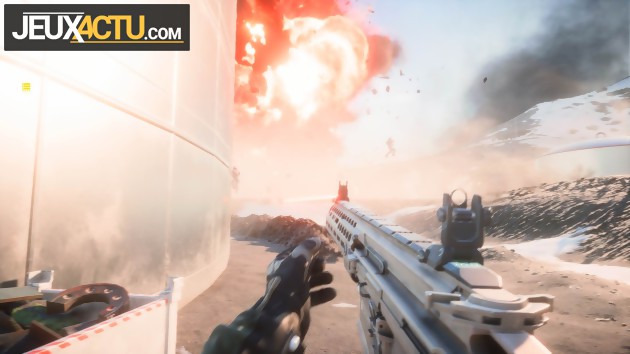 In the meantime, you will always have the opportunity to enjoy the other great novelty of this episode, entitled Battlefield Portal. This is a tool for concocting totally personalized parties, or simply joining them if you don’t have the creative soul. It is possible to choose from five modes (Breakthrough, Conquest, Large Conquest, Team Deathmatch, Free-for-all), thirteen maps (the seven maps of 2042 to which are added six other maps from Battlefield 1942, Battlefield Bad Company 2 and Battlefield 3), and tons of settings. Number of players, types of soldiers or vehicles allowed, damage or bullet speed multipliers, health regeneration, interface elements or even AI behavior are just a few examples of the settings available. A rule editor is even available for some modes. Almost all delusions are allowed. The flip side is that a lot of players use this tool and the freedom it allows to create servers that allow experience to be farmed artificially. The inability to create a game directly from the game (it is necessary to go through a website) is also regrettable. But the chances of getting new thrilling modes from this tool are very high. Especially since the arrival of additional settings is also planned in the future, still as part of the service game.