Asterix & Obelix Slap them All: a Streets of Rage 4 beat’em all from the creators of Mr Nutz 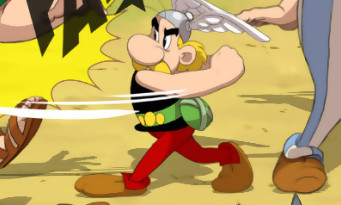 After announcing the upcoming arrival of a Grendizer video game (headed by Julien Hubert, ex-editor-in-chief of Gameblog), Microids continues to surprise its world by revealing the existence of Asterix & Obelix: Slap them All , a beat’em all (or beat’em up, it’s up to you) in the pure lineage of DotEmu’s Streets of Rage 4. It should be understood by this that the developers made the same artistic choice to make the whole game by hand, with ancestral techniques. Basically, characters, sets and animations, everything was done by hand. This is a real bias to pay tribute to the style of 2D animation and which suddenly allows the game to display an incredible and polished aestheticism that will manage to cope with the ravages of time, unlike games in 3d. 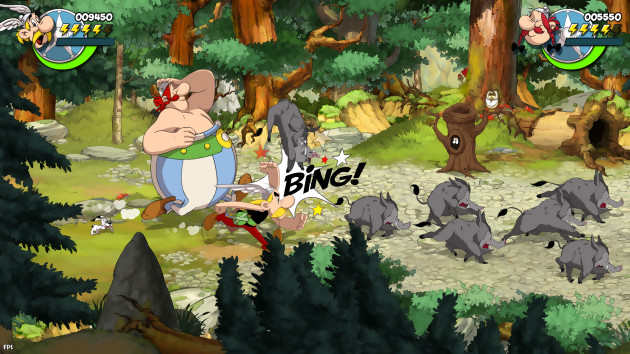 Asterix & Obelix: Slap them All is the work of Mr Nutz Studios, which the youngest know for the game Toki, but also for the game Mr Nutz, cult platform game released in the 90s on Super Nintendo and published at the time by Ocean. So we find Philippe Dessoly as Artistic Director and Pierre Adane as President at the helm of this project. Playable in local two-player co-op (no online co-operation planned), this Asterix & Obelix: Slap them All is announced for this fall 2021 on PC, PS4, Xbox One and Nintendo Switch, knowing that it will be backwards compatible on PS5 and Xbox Series X | S. For now, this is an announcement, but we should know more in the coming months. Ah yes, last thing, it is still Julien Hubert who is in the production of the game. Definitely, it is everywhere! 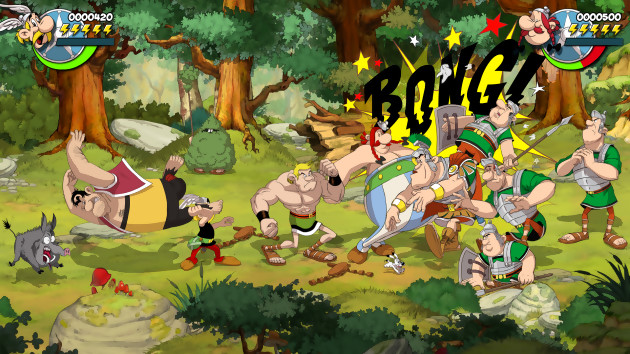 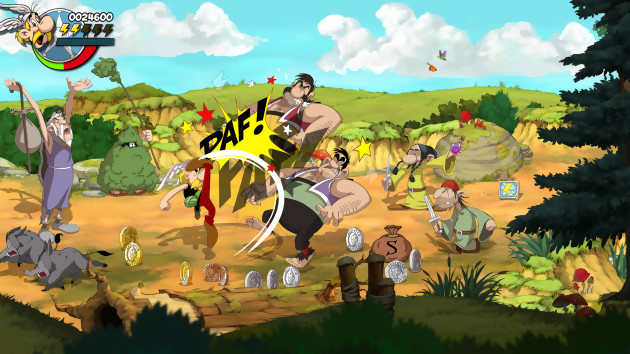 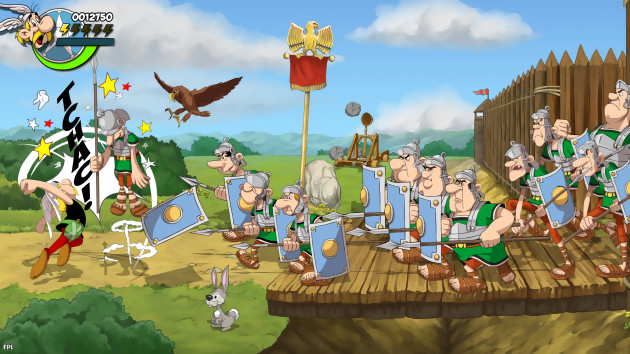 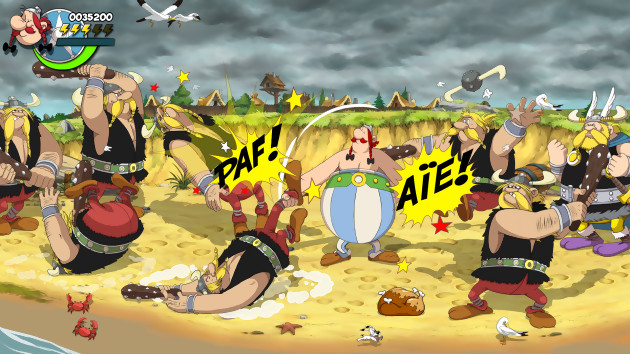 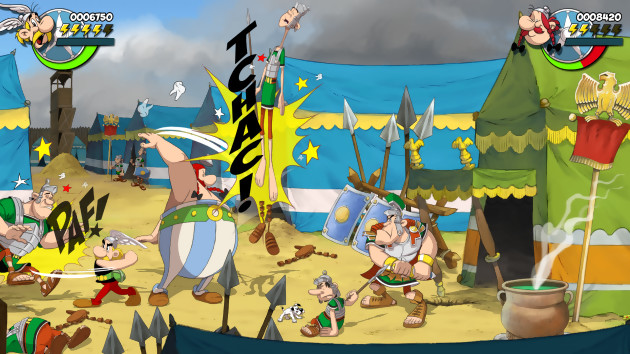 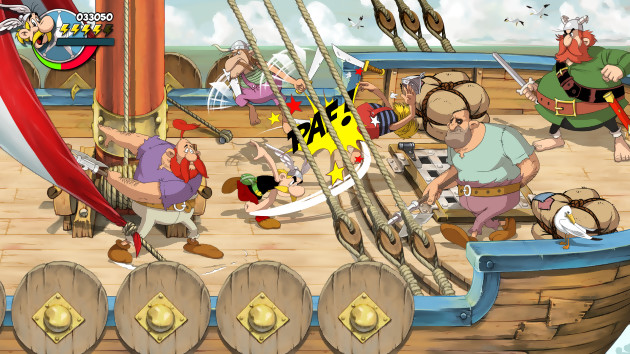 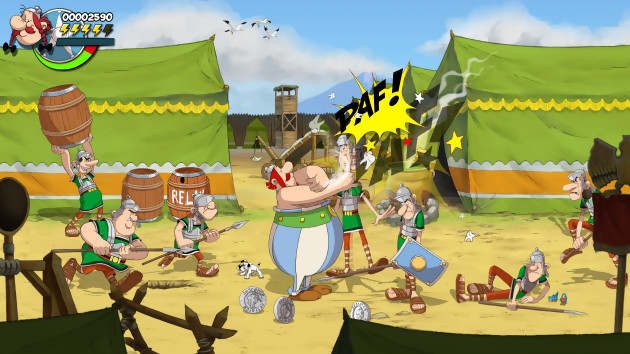