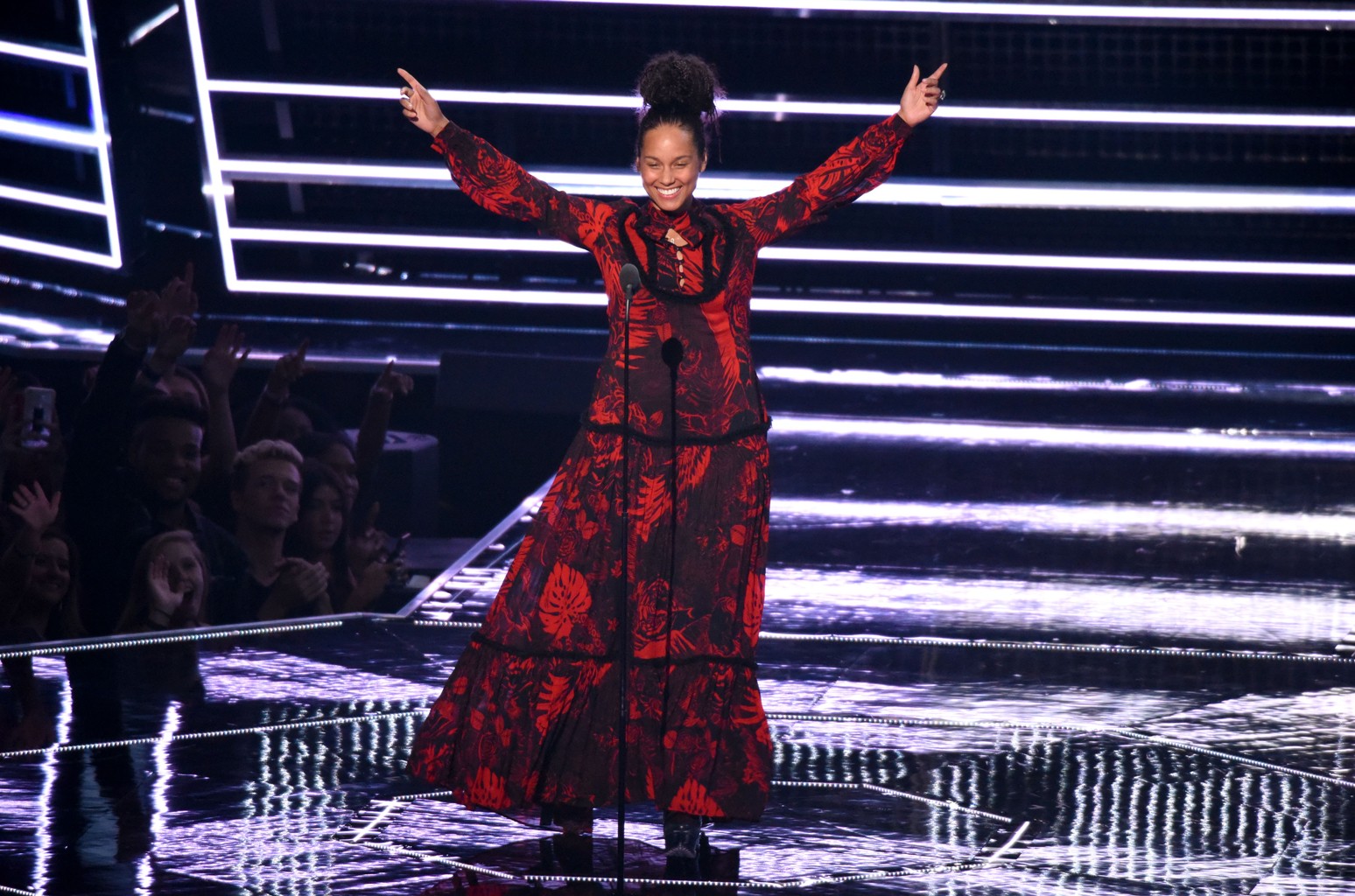 Alicia Keys and Swae Lee hit the stage at the 2021 MTV VMAs on Sunday (Sept. 12) to deliver their collaborative new single, “LALA (Unlocked).”

The duo’s rendition at the VMAs in New York marks their first-ever live performance of “LALA (Unlocked)” since the single was released via RCA Records on Thursday, Sept. 9.

“LALA (Unlocked)” marks the first official musical collaboration between the two artists. Less than two weeks before its debut, Keys announced the forthcoming release of her young adult graphic novel, titled Girl on Fire, expected out March 1 via HarperCollins Publishers. The book, named after the 15-time Grammy-winner’s Billboard Hot 100-charting track, tells the fictional story of 14-year-old Lolo Wright and her telekinetic superpowers.

“When I wrote ‘Girl on Fire,’ I knew I was writing it for that girl in the way back row who needed someone to tell her there’s nothing you can’t do, that nothing is impossible,” Keys said in a statement. “When Andrew [Weiner] and I came up with the idea of translating the song into a young adult graphic novel, I knew that I wanted it to be about a girl coming to realize the strength she’s always had. There’s a little Lolo in all of us — we all have the power inside to do what we never even thought we could — and I’m so proud and crazy excited to be able to share her story with you. You’re going to fall in love with Lolo.”

Keys has also written the books Tears for Water: Poetry & Lyrics and the memoir More Myself: A Journey.