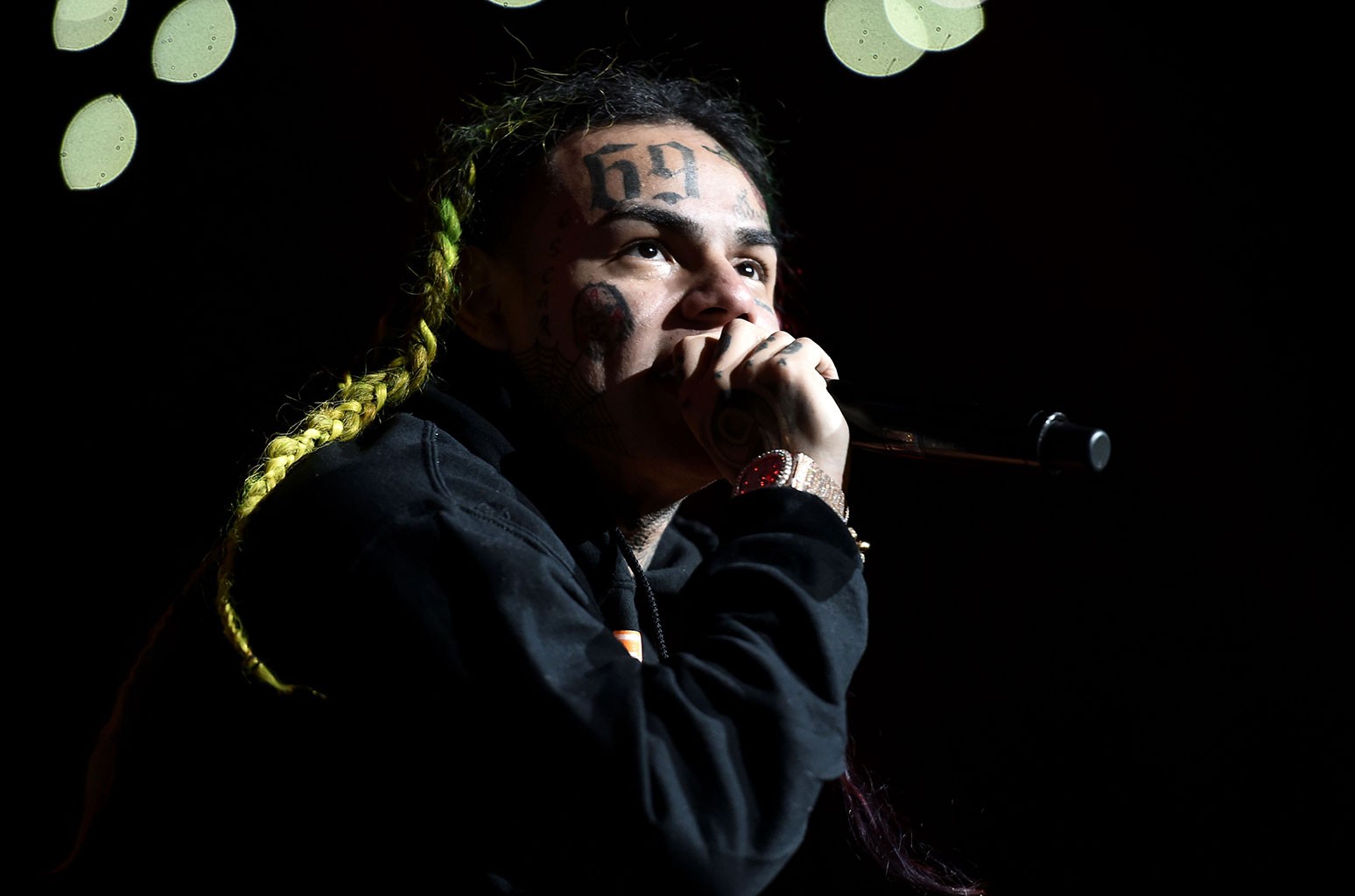 Bodyguards for troubled rapper Tekashi 6ix9ine turned New York City into the Wild West last summer, piling into SUVs and chasing a man for 20 blocks with lights flashing after he attempted to record cellphone video of the recording star, prosecutors said Monday (July 19).

Five members of 6ix9ine’s security team, including a retired New York City police detective accused of lying and attempting to cover up the incident, were indicted Monday on robbery, false impersonation and other charges stemming from the pursuit last August in Harlem.

Tekashi 6ix9ine, whose real name is Daniel Hernandez, was not charged.

“A celebrity entourage is not a police department, and Manhattan is not the Wild West,” Manhattan District Attorney Cyrus Vance Jr. said in a written statement announcing the indictments.

“As alleged, these highly-compensated vigilantes caravanned through the streets of Harlem with sirens flashing in order to track a man down and steal and break his phone,” Vance said.

The former NYPD detective, Daniel Laperuta, falsely claimed to police officers and a 911 dispatcher that the man being chased had threatened 6ix9ine’s team with a gun, Vance said.

When 6ix9ine’s bodyguards finally confronted the man, boxing him in with their SUVs near the Apollo Theater, they knocked his cell phone out and stomped it, Vance said.

As the man wrestled with one of the bodyguards in an attempt to get the phone back, Laperuta approached with his hand on his holstered gun and another bodyguard pointed a stun gun at the man, Vance said.

The security team fled in the SUVs as an unmarked police car drove up with lights flashing, Vance said.

Laperuta pleaded not guilty Monday and was expected to post bail Monday afternoon. Other members of the security team were expected to be arraigned later Monday.

Laperuta’s lawyer, Todd Cushner, said he was reviewing the charges against the former detective.

“For the most part, they’re unfounded,” Cushner said.

Online court records didn’t list lawyers for the other members of Tekashi 6ix9ine’s security team who were charged. Messages seeking comment were left with lawyers who’ve represented the rapper in the past.

6ix9ine, a Brooklyn native, rocketed to fame as a hip-hop artist after becoming a social media phenomenon with millions of followers on Instagram. He had a multiplatinum hit song, “Fefe,” with Nicki Minaj, which peaked at No. 3 on the pop charts in 2018, and “Stoopid,” featuring the incarcerated rapper Bobby Shmurda.

Since then, he’s been in and out of court — and prison.

Facing a mandatory minimum of 37 years in prison for gang crimes including allegedly orchestrating a shooting that left an innocent bystander wounded, 6ix9ine started cooperating with federal prosecutors and testifying against members of the gang, the Nine Trey Gangsta Bloods.

He also testified that two men kidnapped him in July 2018, forcing him into a stolen car at gunpoint and stopping at times to beat and taunt him before taking him to his Brooklyn home and stealing a bag full of jewelry.

6ix9ine’s cooperation earned him leniency from prosecutors and scorn from fellow rappers, with Snoop Dogg calling him a “snitch.” In December 2019, 6ix9ine was sentenced to two years in federal prison. Just a few months later, a judge ordered him released to home confinement because of the COVID-19 pandemic.

Testifying in 2019, Tekashi 6ix9ine explained to jurors that his role in the Nine Trey gang was to “just keep making hits and be the financial support … so they could buy guns and stuff like that.”

Asked what he got in return, 6ix9ine responded: “My career. I got the street credibility. The videos, the music, the protection — all of the above.”