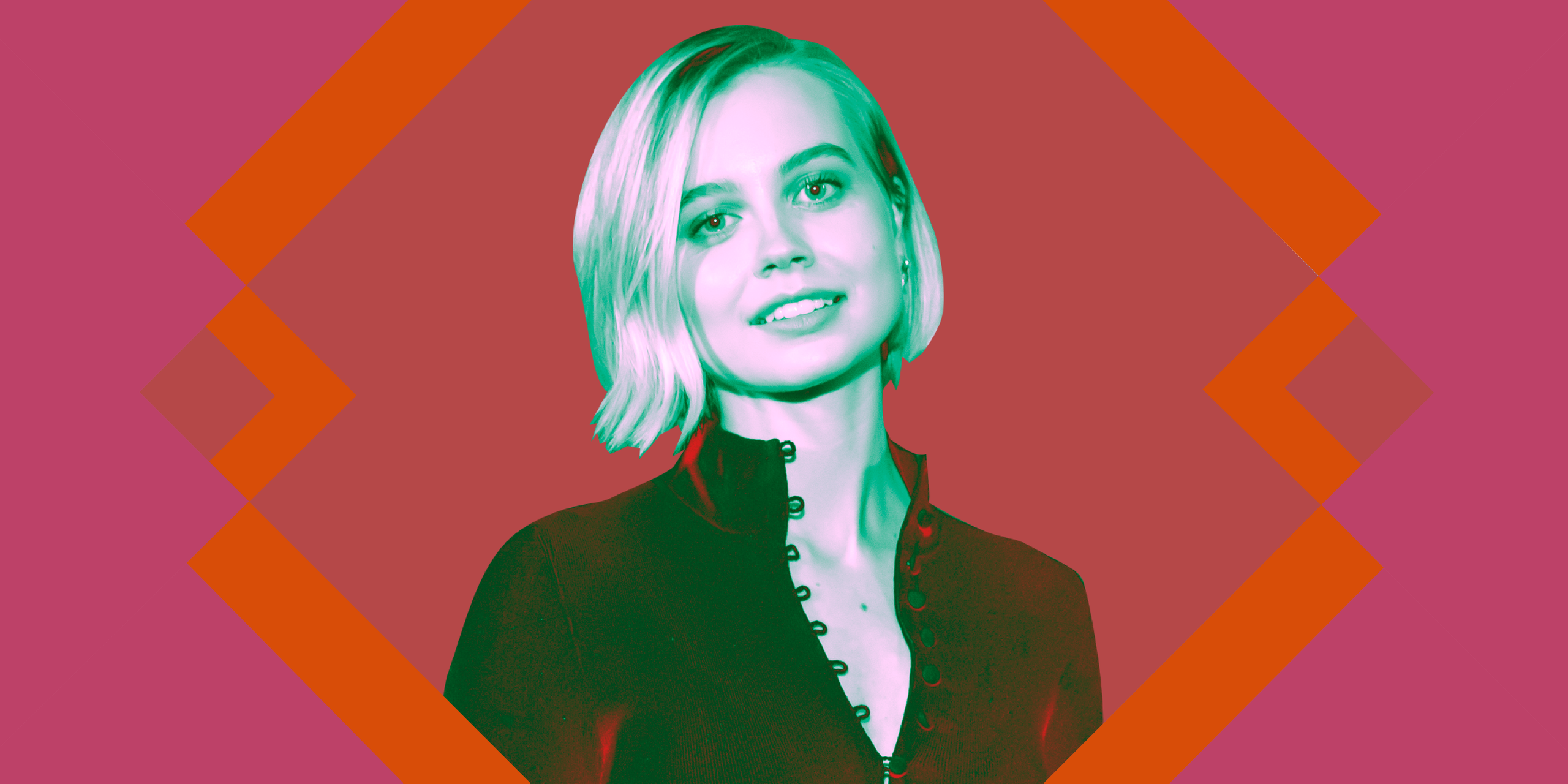 Like many music fans, Angourie Rice experienced a thrill of recognition recently while watching Mare of Easttown and hearing Phoebe Bridgers’ Punisher finale “I Know the End” soundtrack a gripping scene. But unlike any other music fan, Rice was actually the star of the scene—in which her character Siobhan, the college-bound daughter of Kate Winslet’s Mare Sheehan, contemplates familial trauma while eating an edible, pounding a bottle of liquor, and trying to reach her girlfriend, who isn’t returning her desperate voicemails.

Since the music for the character-driven murder mystery was finalized in post-production, the sync was as big a surprise to Rice as anyone. “When I heard Phoebe Bridgers’ song, I was like, ‘Oh my God, this is so exciting!’” Rice exclaims over Zoom from Atlanta, where she’s filming a forthcoming project she can’t talk about quite yet. “I love that they paired it with Siobhan as a character—that was such a good match.” She watched the show’s final two episodes alone in her hotel room on her laptop, knitting to calm her nerves.

Music is central to the overcast mood of Mare of Easttown, which translates the nail-biting angst of Scandinavian noir to small-town Pennsylvania. Songs by Julien Baker, Clairo, Big Thief, and Grouper all figure heavily, often in profound ways. Music is central to Rice’s character, too: Siobhan hangs out at a college radio station, gets invited to a boygenius show, and even wears a Mannequin Pussy T-shirt. In fact, re-recorded versions of three songs by the Philadelphia punks turn up in the show as the fictional repertoire of Siobhan’s band, Androgynous, while Japanese Breakfast’s Michelle Zauner worked as an on-set consultant, showing the 20-year-old Australian actor how to come off like a real indie-rocker.

“When I got to set the first day, I was just standing there singing the songs,” Rice says. “Michelle taught me how to loosen up and move around the stage so I could make it look natural and spontaneous.” Zauner and producer Will Yip also helped Rice find her voice as a rock vocalist. “I had practiced and learned all the words but I was so nervous,” Rice says. “They encouraged me to just let go of what I felt like I should be doing and how I felt I should sound. They were more like, ‘This is rock music. You’re playing a character. You don’t have to think about it in such a strait-laced way.’”