Trippie Redd, Travis Scott, Kid Cudi, and the Commodification of Rage in Rap 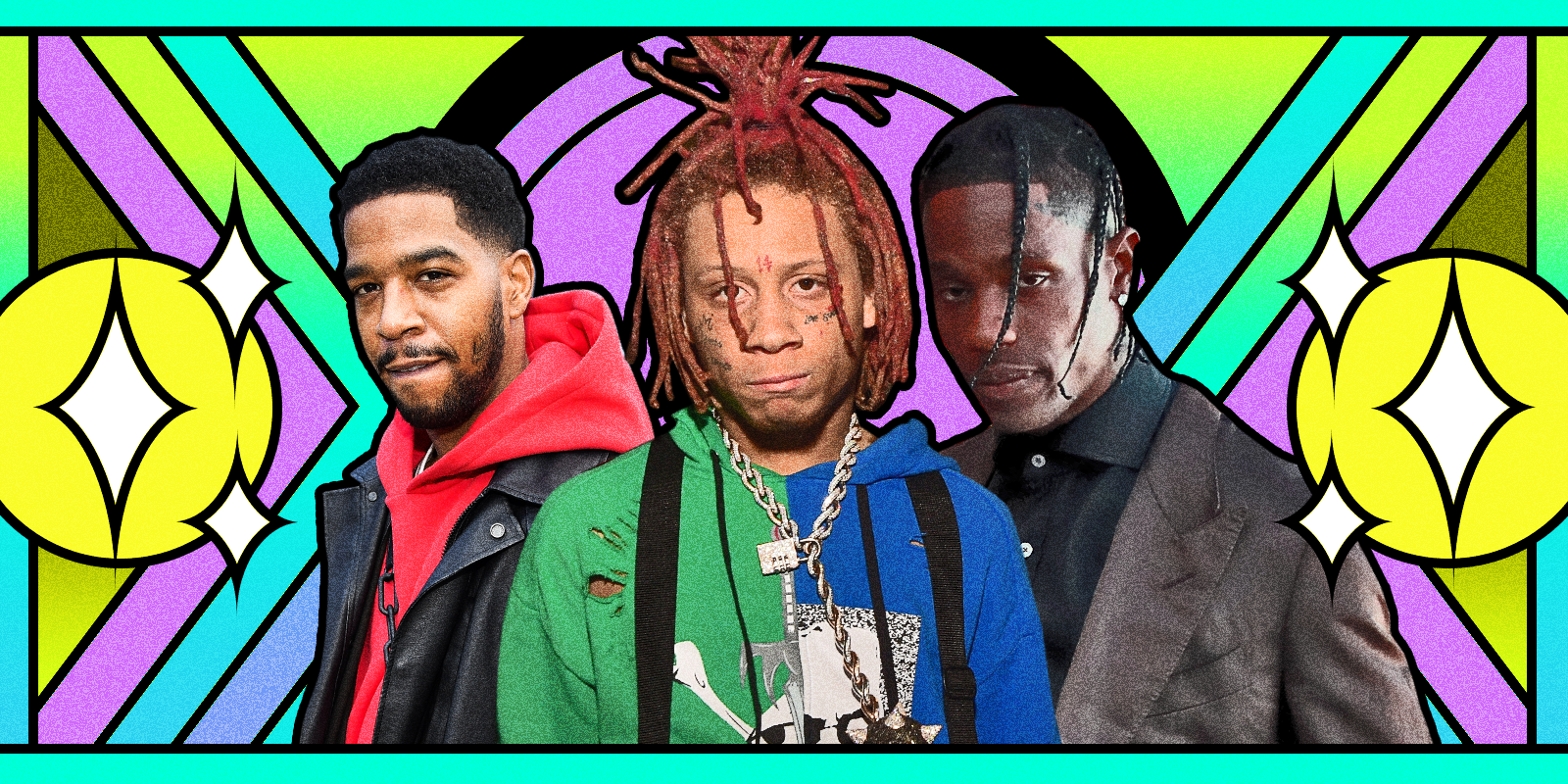 Trippie Redd’s “Miss the Rage” is supposed to be the song that you wild out to this summer. The song that soundtracks every questionable decision. The song that invites destructive fans to bash heads and bleed in the middle of festival mosh pits. But the “Miss the Rage” video is just the latest case of corporate-approved rap rage—a subdued form of anger that feels like the result of a monthslong vetting process by a label’s HR department. In the clip, which looks like it was shot on a Hollywood set, Trippie sets a single car on fire, destroys a few home goods with a golf club, and shakes his dreads. Featured guest Playboi Carti is there too, but aside from throwing what looks to be a molotov cocktail he mostly just flails around. The whole thing is about as crazy as the scene in Office Space where they smash the printer into pieces.

Nobody is asking Trippie to put himself in serious danger or inflict physical harm upon another human being, but shit, at least do something beyond mean mugging and causing the type of half-assed destruction that’ll only get you a ticket and a fine! This sanitized “rage” shouldn’t come as a surprise considering how the word has lost its power in rap since it was adopted by Travis Scott, whose definition involves jumping up and down a lot and getting buzzed off hard seltzer. (It’s about as out-of-control as he can get, while keeping all of his sponsors happy.)

Travis picked the word up from one of his signature influences, Kid Cudi. Initially Cudi had a somewhat interesting take on the emotion: His 2010 track “Mr. Rager” is about an inner battle, trying to find an escape from the heavy drug use that had him living in a near fantasy world. As Cudi got older though, rage just became a part of his brand. He even made a song called “The Rage” for The Rock’s dumb giant gorilla movie Rampage, where the turmoil that was felt on “Mr. Rager” was replaced with a heavy-handed Smashing Pumpkins sample and hollow, giant gorilla-themed lyrics: “Hands up, we back in, born in the rage/Untamed, break free, beast out of the cage.”