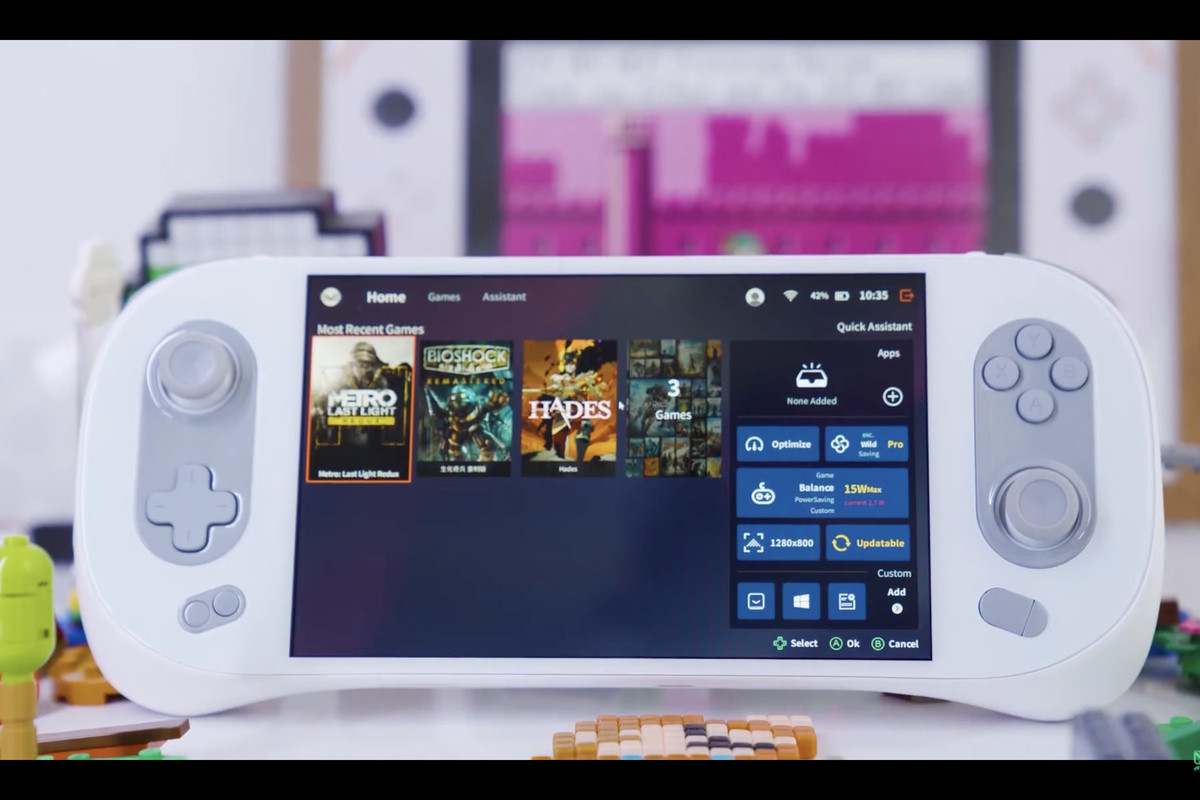 The Aya Neo 2 is the successor to the Aya Neo. Image: Aya Neo

Handheld maker Aya Neo is adding the Aya Neo 2 and Aya Neo Slide to its lineup of portable PC gaming devices, both of which are set to come with an upgraded Ryzen 7 6800U chip and a Radeon 680M integrated GPU with RDNA 2 graphics, according to a report from Liliputing Image: Aya Neo

While both the Slide and Neo 2 will come with support for LPDDR5-6400 RAM, Aya says the Neo 2 will also feature PCIe 4.0 storage, USB 4.0 ports, as well as a fingerprint scanner. In addition to sporting some internal upgrades, the exterior of the device has also been overhauled. The Neo 2 swaps its predecessor’s harder edges for more rounded corners, making it look a lot more like the Aya Neo Next device the company released earlier this year. It also has an updated dark / light gray color scheme that reminds me of Nintendo’s classic consoles.

The Neo Slide, however, comes with an even more interesting design. As its name implies, the screen slides up to reveal a backlit RGB keyboard, sort of like a larger version of the Motorola Droid 4 (and other old phones) that have the same functionality. It’s unclear how well this will work, but it would be pretty cool to slide up your screen and start typing to friends without much interruption to gameplay.

How to obtain the Heartshadow sword as well as Catalyst in Destiny 2
25.06.2022 07:49
Комментарии для сайта Cackle