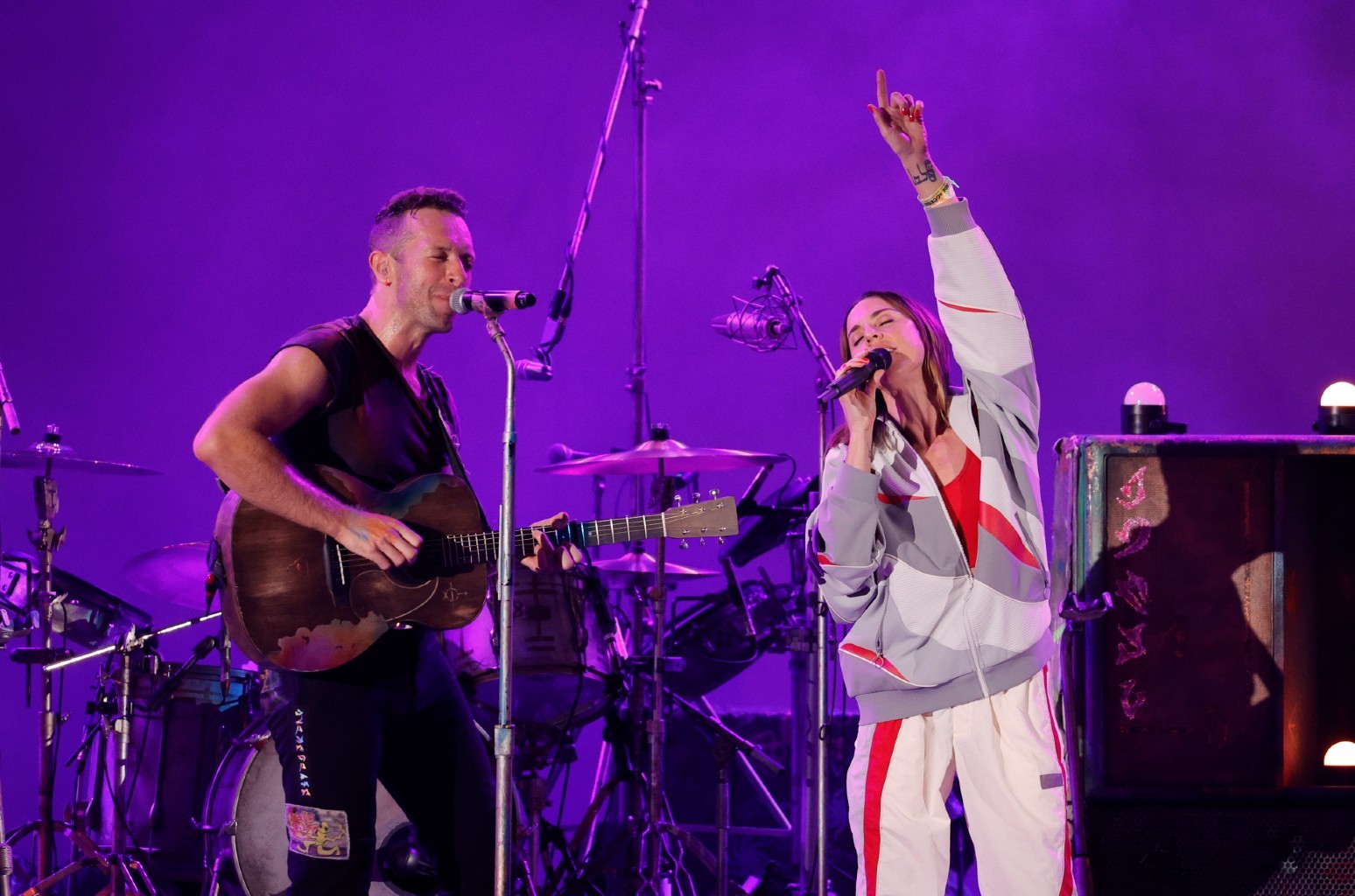 Coldplay spiced up their set Saturday night (Oct. 23) with a little help from Sporty Spice herself. Mel C and Chris Martin took the stage together to perform the sultry Spice Girls classic “2 Become 1” at Audacy’s 8th annual We Can Survive concert and benefit at the Hollywood Bowl in Los Angeles.

“We were thinking about what we could do to make this show extra special in 40 minutes, and we thought, ‘Well, this is Hollywood, this is Los Angeles, this is where when you make a wish, it may just come true,'” Martin teased the crowd before introducing Mel C. “One of our dreams is to be able to play a song with a Spice Girl. We’ve been waiting for this for 24 years. So, I don’t know if it’s possible, but if we all just went super quiet and just said that wish out: ‘Wouldn’t it be amazing if a Spice Girl just appeared out of nowhere?'”

“Please welcome from England and Great Britain and the Spice Girls Melanie Chisholm, aka Mel C, aka Sporty Spice, aka a total legend,” he announced before the pair began their duet of “2 Become 1,” which Martin referred to as “a sexual anthem.”

For those wondering how the seemingly impromptu collab came about, Mel C was thrilled to share the story.

“What a fantastic, unexpected night!” she tweeted on Sunday. “I gave Chris a text to tell him we would be coming to his @imlistening @audacy #wecansurvive gig, at the @HollywoodBowl and the next thing I know, he’s on FaceTime while I’m in the nail salon, asking me to come up on stage with him!”

“Well, what could I say to an offer like that! Thank you @coldplay for such an amazing night and experience. Hopefully I can get back to @HollywoodBowl soon with three certain ladies for company!” Mel C wrote.

A portion of the proceeds from the show will go to the American Foundation for Suicide Prevention.

Watch a clip of their rehearsal backstage, a short highlight of their onstage performance and a video of the whole song below.