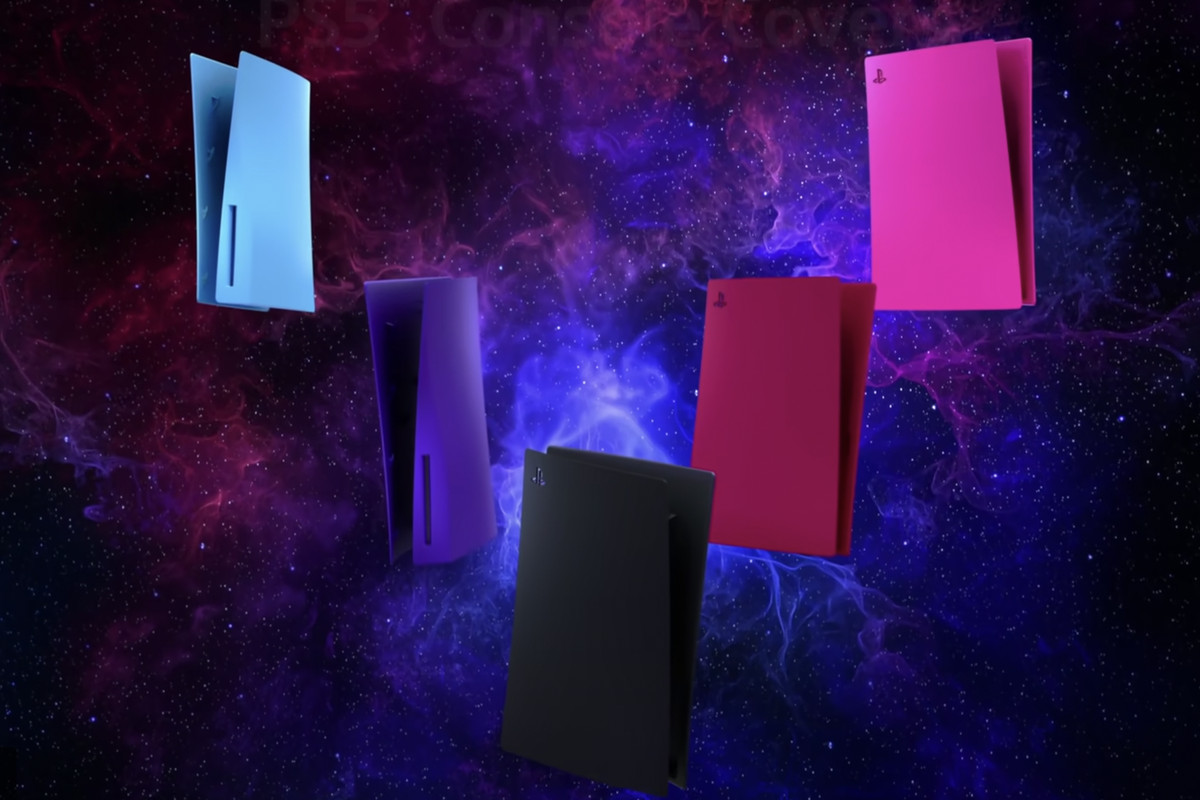 The new covers are available for preorder now Image: Sony

The PlayStation 5 is getting three new console cover colors — starlight blue, galactic purple, and nova pink — on June 17th, but preorders are open on PlayStation Direct right now. All three colors are available in the US, UK, France, Belgium, the Netherlands, and Luxembourg.

Sony has been slowly releasing accessories to make its PS5 more customizable, starting with the custom console covers it announced last December. Despite previewing a full range of colors, it only released the black and red options to start. It also rolled out blue, pink, and purple DualSense controllers (in addition to the black and red controllers it already has), which will finally have matching console covers coming this summer.

The PlayStation covers are pretty easy to pop off and replace. Adding a new color can give your console a more personal touch if you’re tired of the standard white-and-black look. Plus, you can mix and match them if you’d like (but with a $54.99 price tag per cover, customization doesn’t come that cheap).

Last year, Sony threatened legal action against Dbrand after it released its third-party matte black PS5 console covers ahead of Sony’s own release, citing design infringement. After Dbrand pulled the design from its store, it promptly released another set with a new look.

Metroid Prime remastered is apparently readied to launch this vacation
27.06.2022 18:41