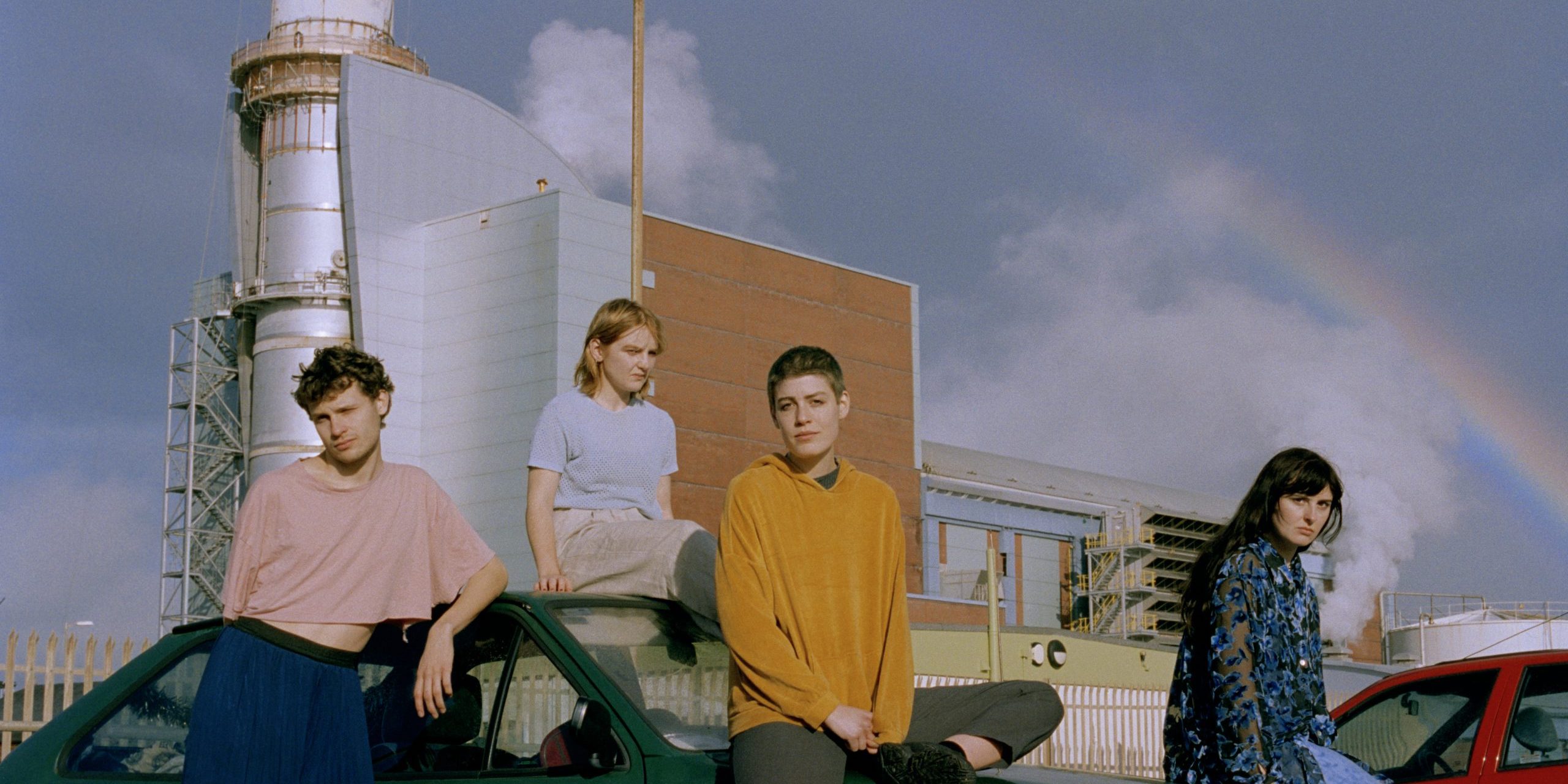 Porridge Radio have shared a new track, “Happy in a Crowd.” It was originally performed by the Midwestern band Love of Everything, which Porridge Radio’s Dana Margolin came across when her old band Garden Centre opened for them. Check out the cover and the original below.

In a press release, Margolin said:

In 2016, I joined the band Garden Centre and we did a very DIY UK tour supporting Love of Everything. I remember watching Bobby perform for the first time and being completely captivated. Bobby’s live set was really spontaneous and playful, but still managed to convey something really profoundly intimate. Bobby’s sets really showed me the way that a song can change every time you play it live, and that you can embrace the unpredictable and chaotic and fun parts of songs and they can still be perfect and hit really hard. I remember we went to Sherwood Forest on that tour, and Bobby bought a children’s bow and arrow (he also whittled an arrow from a twig), and later that night aimed it at his guitar to play a note that he managed to capture and loop to make part of a song. It really stayed with me that you could just have fun like that on stage. You can just do whatever you want.

A song that really stuck with me was Happy In A Crowd, and this bleak January I learnt how to play it on guitar after Bobby randomly got in touch, and sent my cover to Sam who had never heard the song before. We made this cover together, with Sam producing it, and we’re really happy with how it turned out. I feel like something has come full circle through releasing this cover and I’m so glad we get to share it.

Porridge Radio’s second album Every Bad was released in 2020. An expanded edition of the record, with remixes by artists such as NNAMDÏ, came out this year.

Read about Every Bad in Pitchfork’s list of the 35 Best Rock Albums of 2020.