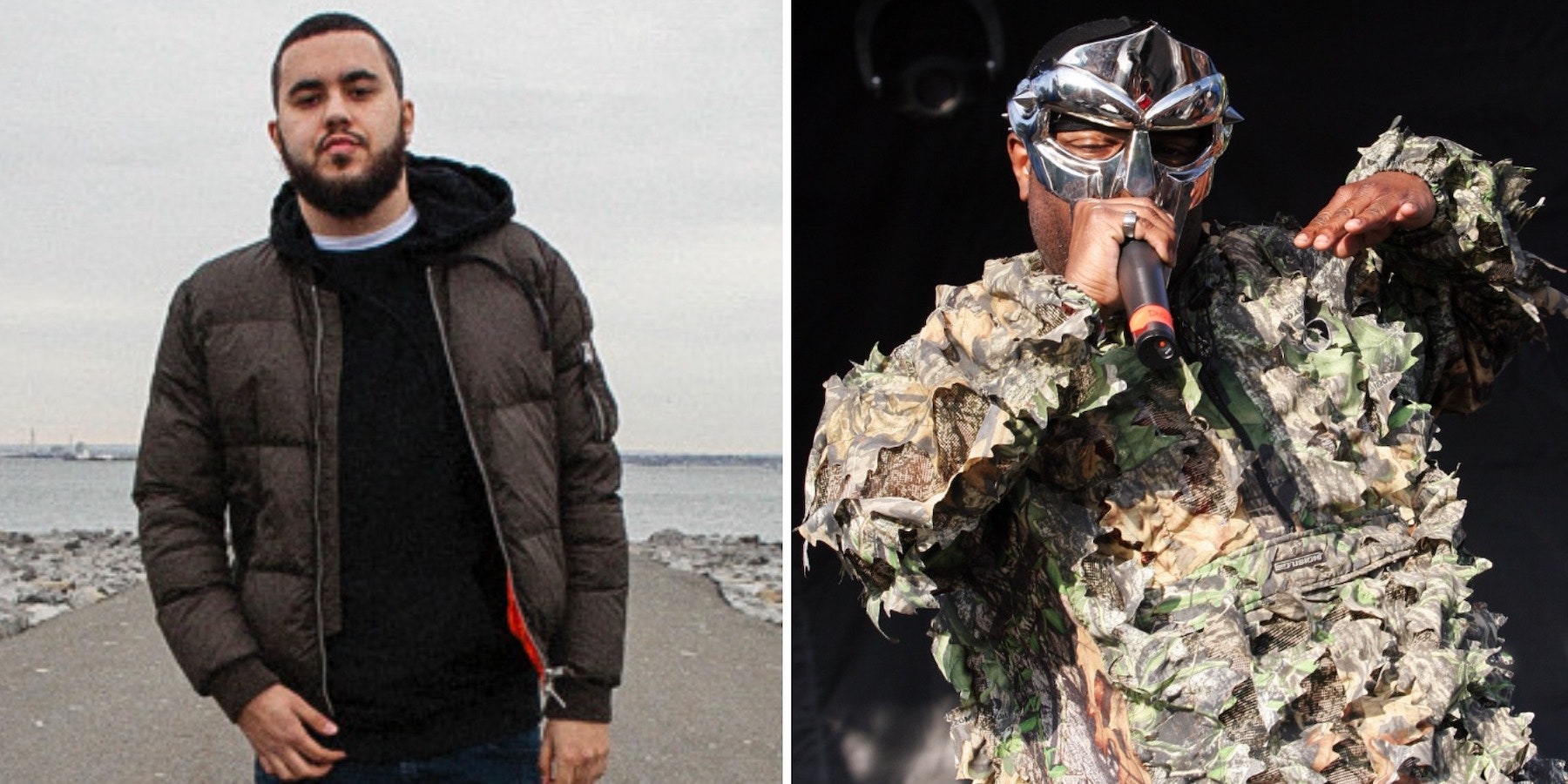 New York rapper Your Old Droog has shared a new collaboration with the late MF DOOM. It’s called “Dropout Boogie” and it was produced by Edan. Listen to it below. A limited 7″ edition of “Dropout Boogie” is coming soon via Nature Sounds.

“This the first song I ever recorded with DOOM,” Your Old Droog, who also made “RST” and “BDE” with DOOM, said in a statement. “I remember getting the verse back and realizing that I had come full circle. That same night I drove to by my old community college where I used to listen to DOOM heavy back in ’07-’08 and I was in a semi-catatonic state playing that verse back over and over.”

This man’s work renewed my interest in hip-hop and rhyming at a time when I got tired of hearing what was on the radio or what was considered popular rap, I deadass started listening to classical music, and then I heard DOOM.

For him to end up appreciating what I do 10 years later shows the power of never giving up on your passion, staying the course, believing in yourself and having vision.

Aside from him being featured on the track, the song already had a lot of personal meaning for me. School is not for everybody. You know, it has its extracurricular pluses but overall, it wasn’t for me. For some people, it’s good but not for me. I don’t work well fitting into boxes. I dropped out of high school, and community college, twice! This is certainly an anthem of sorts.

The GED was nice though, that gave me confidence. Stay confident and follow your own path. Not the one laid out to you by your parents or teachers. Peace.

MF DOOM died in October of last year; the news was revealed on December 31. Czarface recently released a joint album with MF DOOM, and the Avalanches also recently shared the late artist’s remix of their song “Tonight May Have to Last Me All My Life.”

Read “10 Songs That Show Why MF DOOM Was the Ultimate Rapper’s Rapper” on the Pitch.