Listen to BoofPaxkMooky and GRiMM Doza’s “Slow Jam Fantasy”: The Ones 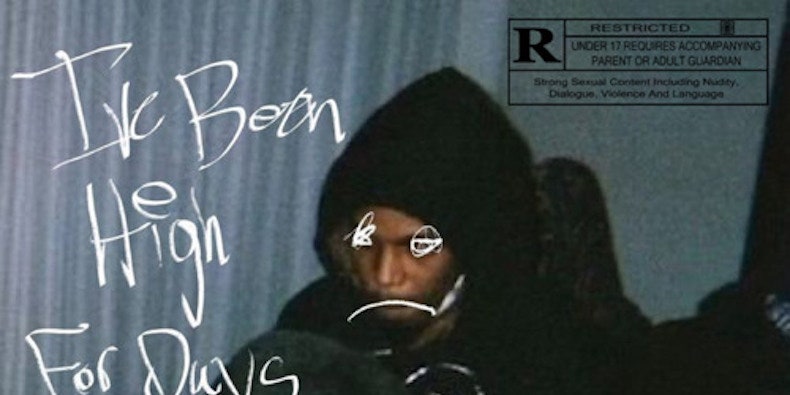 Earlier this year, GRiMM Doza’s muddy East Coast loops elevated the laidback ATL lifestyle raps of Tony Shhnow on Kill Streak. On I’ve Been High For Days, the New Jersey producer teams up with BoofPaxkMooky, who has been laying tripped out melodic rhymes over dreamy plugg beats for some time now. But Doza switches it up, lacing Mooky with R&B and smooth jazz instrumentals that belong in a mid 80s cocktail bar. “Slow Jam Fantasy” is an early highlight, Mooky’s delivery, which sounds like he’s rapping with a mouthful of marshmallows, fits right alongside slick saxophone riffs and mellow rhythms that would backdrop a steamy scene in an erotic thriller. You might be caught off guard, once you listen closer and realize Mooky is rapping about stacking money and designer cologne. With an assist from GRiMM Doza, BoofPaxkMooky breaks through on I’ve Been High For Days.

Check out previous Ones, and listen to new rap from BoofPaxkMooky and more on our Spotify playlist.