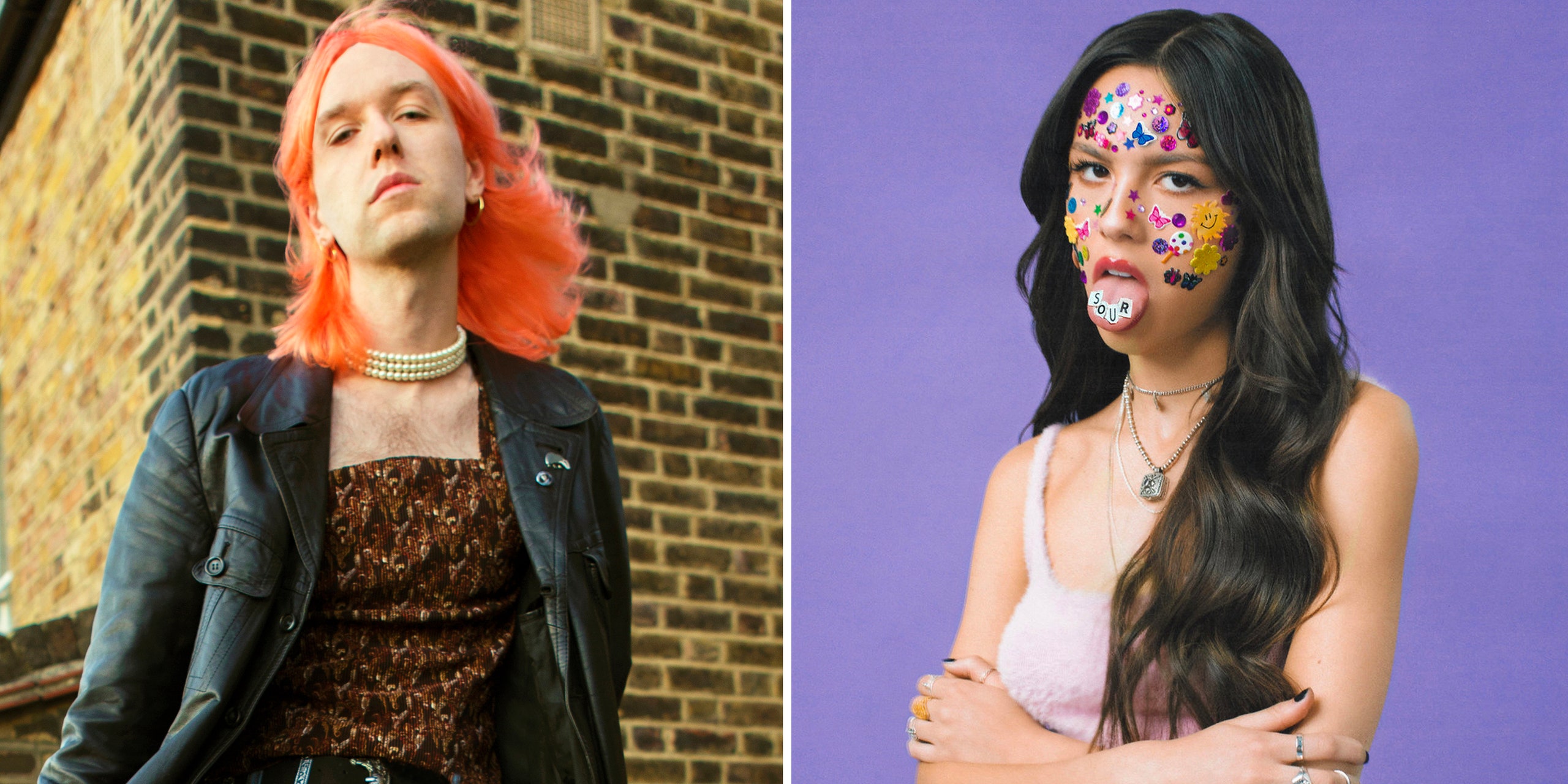 Under the name Jam City, Jack Latham cut his teeth in the early 2010s with two albums of conceptual electronic music that reshaped empty space into an adrenaline rush. Over the past few years, however, Latham’s skill behind the boards has allowed him to embark on an increasingly itinerant career path. From executive producing Kelela’s icy R&B masterpiece Take Me Apart to working on Olivia Rodrigo’s newly minted No. 1 debut, his growing CV has become a who’s-who of ascendant icons. But to hear Latham tell it, the shift from heady club music to building a Top 10 hit for the most talked-about pop album of the year so far is simply a way of connecting more deeply with other artists. “Doing session work and writing with other people is about getting to know the other person in the room,” he explains over a video call from his studio in London, where an armada of keyboards sits just out of view. “It’s establishing trust and allowing each other to feel vulnerable and go to those emotional places that they need to in order to make great, resonating music.”

On his 2012 debut Classical Curves, Jam City introduced a minimalist electronic tableau in which the sound of shattering glass and barking dogs fit comfortably alongside glowering synths and kick drums. The album became a paradigm for Night Slugs, the UK dance label that merged percussive elements of club, grime, and hip-hop into one sleek package. Latham’s production style quickly caught the attention of different singers, who layered their vocals over his instrumentals and forever altered his perspective on producing and collaboration. “It was a point of no return,” Latham says with a laugh. “Suddenly, you hear how someone interprets your music, and it’s completely unexpected and takes you in a new direction. It’s my favorite thing about making music now.”

Here, Latham discusses his approach in the studio, being inspired by the Brill Building production behind ’60s girl groups, and bringing his own “weird” sensibility to chart-toppers.

Pitchfork: How did you link up with producer Dan Nigro to work on “jealousy, jealousy” and “deja vu” from the Olivia Rodrigo album?

Jack Latham: Dan and I worked together on the Kelela album and have been friends for years. Normally, he’ll send me a demo and say something like “make it weirder,” which is perfect for me. He sent me a bunch of tracks for [SOUR] in September of last year, so everything had been written, but Dan was looking for a few little bits and pieces. Olivia definitely has an edge to her, and we spoke about how it wasn’t a case of doing some cool drums or whatever—there’s a little bit of abrasiveness in there, a little bit of distortion that captures some of the anger and feelings of jealousy and bitterness in the songwriting.

When someone gives you that kind of direction, to make something “weirder,” what do you do with that?

I interpret it as just a little bit harder but not too much and not being judgmental. I’m on my own as well, so if I’m working on something remotely, I have the time and space to throw everything in and the kitchen sink. Nine times out of 10, it’ll just be one little part that will make things a little bit more magical.

Do you still get nervous sharing new ideas and music with people in the studio, or has that lessened over time?

It’s gotten much better over the years. The first time I went to the States and got involved in that whole writing world, [I found] you have to develop a thick skin pretty quickly. But you also have to be sensitive and have your guard down anyway, because the other person in the room is vulnerable, too. I’m still looking for real, honest criticism in the people that I trust. Once I have that, I know that things are moving in a good place or going wherever they need to.

What reactions or cues are you looking for from an artist when you’re trying to figure out whether a song is working?

I try to spend as little time at the computer as possible. I’m not a virtuoso at all, but I try to sit down at an instrument with someone first and foremost so it becomes less alienated. At the very foundational level of the songwriting, you’re just going off emotional cues—you’re completely intertwined from the very first stages of things. You don’t get past one line of melody and a couple of chords without knowing if you feel something or not.

What is your preparation like when you get a song by someone like Olivia Rodrigo or Conan Gray? Is there research involved?

For the Conan record, it was like getting a screenplay for a movie and then having to do the costume design and the makeup and the set design. I had the demo for “Heather” and listened to it a bunch of times, and the guitar chords and the waltzy time signature made me think of the Beatles and Elliott Smith. I just go down a little rabbit hole and it comes together where, after listening to it a few times, I have all these weird disparate references that probably don’t make sense to anyone. But I do that enough and suddenly, I have a whole little movie that I want to dive into. With Olivia, there’s just so much imagery packed really tightly in her lyrics: car rides, Malibu, strawberry ice cream, all these other little reference points. It’s a goldmine and you dive in.

Did you draw on any specific influences while working on SOUR?

I was listening to a lot of the Shangri-Las and other girl groups. Not that Olivia’s music sounds like that at all, but they were from an era of pop music when every production choice was tailor-made to the narrative of the song and the songwriting. There’s sort of a psychodrama going on with the way the vocals are arranged. That’s something that over the years has fallen out of favor, but that inspired me when listening to the Olivia stuff because it was telling a story. Everything that comes in has to be on cue to embellish her words and further the narrative of the song—anything more than that and you’re distracting, and anything less and you’re not doing justice to the incredible songwriting. I think about that more and more, how production is not just a case of musical problem solving or EQ or compression or taking parts out, but it’s a filmic thing. You’re soundtracking their voice and their narrative and aiding that. I feel like production should be invisible sometimes and you shouldn’t notice it in that sense, because you’re just carried by the music itself.