HBO Max and Discovery+ To Merge, and About That Batgirl Cancellation… August 4, 2022 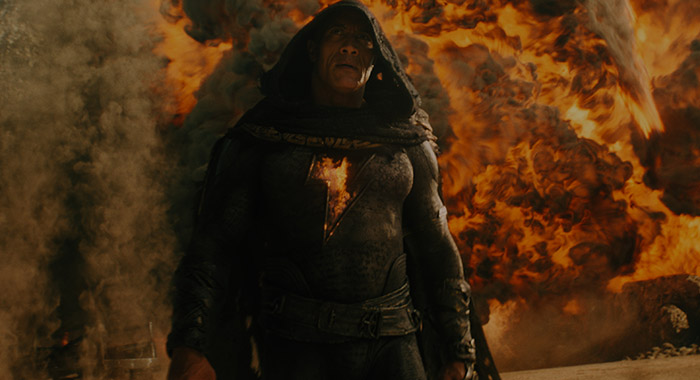 This week’s news from Warner Bros. Discovery has fans worried about their favorite shows and movies, from DC titles to Max Originals. The studio cancelled the close-to-completion Batgirl movie. Also going on the shelf is Scoob! Holiday Haunt. Wonder Twins, which was to star KJ Apa and Isabel May, will not be produced, and six other Max Original movies have been removed from the service, including two films starring Anne Hathaway, the 2020 remake of The Witches and Locked Down, which co-starred Chiwetel Ejiofor; An American Pickle, starring Seth Rogen; Superintelligence, starring Melissa McCarthy; and Moonshot, starring Cole Sprouse and Lana Condor.

On Thursday, Warner Bros. Discovery addressed those decisions in its Q2 earnings call and reassured investors of the status of other Warner Bros. and HBO Max projects.

1. DC WILL GET ITS OWN KEVIN FEIGE 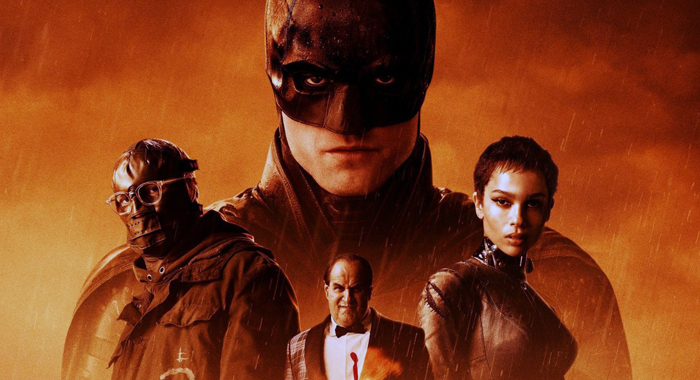 Warner Bros. Discovery CEO David Zaslav confirmed his strategy to keep DC Comics as the source of  theatrical movie intellectual property. Zaslav hinted at applying the same strategy Marvel has, with Kevin Feige in charge of the whole MCU, though he did not name the DC equivalent yet.

“We’re going to focus with a team with a 10-year plan just focusing on DC,” Zaslav said. “Very similar to the structure that Alan Horn and Bob Iger put together with Kevin Feige at Disney. DC is something we think we can make better and we’re focused on it now.”

Unfortunately, movies like Batgirl and Wonder Twins slip through the cracks between the previous strategy and new vision.

2. MOVIES ALL START WITH THEATRICAL RELEASES

HBO Max made the controversial decision to release its 2021 film slate simultaneously on HBO Max. It was a way to both grow the new streaming service, and it was a decision made when the reopening of theaters post-pandemic was still uncertain. Zaslav all but called it a mistake. He said movies are more valuable to streaming services, and other formats, when they’ve played theaters first.

“We will fully embrace theatrical,” Zaslav said. “As we believe it creates interest and demand, provides a great marketing tailwind, and generates word of mouth buzz as films transition to streaming and beyond. When you’re in theaters, the value of the content and overall viewing experience is elevated. Then when the same content moves to PVOD and then streaming it is elevated again. As films move from one window to the next, their overall value is elevated, elevated, elevated. We saw this clearly demonstrated with The Batman and Elvis.” 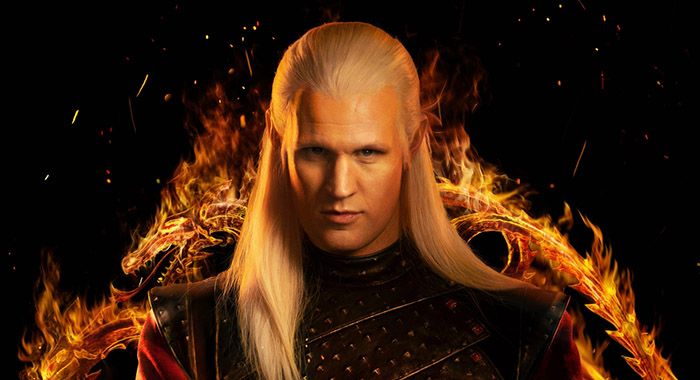 Zaslav still believes in the HBO originals. Whether for HBO or HBO Max, Zaslav has renewed head of content Casey Bloys’ contract for five years and hopes to extend beyond. The only specific show Zaslav mentioned was this month’s Game of Thrones prequel House of the Dragon, but it bodes well for other HBO and Max hits like Hacks and Westworld.

“It’s not how much, it’s how good,” Zaslav said. “The majority of the people on Casey’s team have been locked up. Casey is here for the next five years, we hope longer. He’s truly a unicorn. His ability to relate to talent, to make content better, his leadership, you see it in what’s been coming out of HBO and how it’s affecting the culture, the energy and what people are talking about. We want it to be broader.”

4. HBO MAX AND DISCOVERY+ ARE MERGING 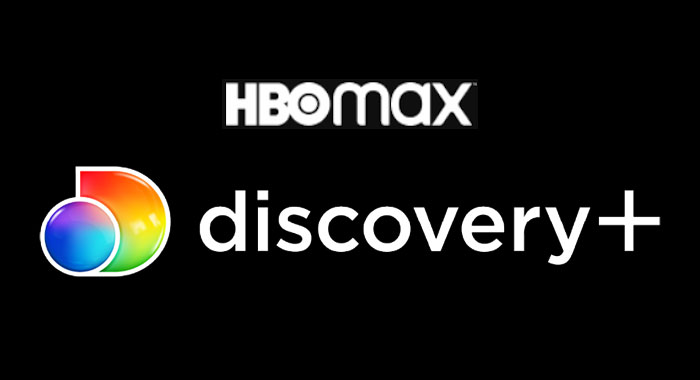 Warner Bros. Discovery currently has two streaming services, HBO Max and Discovery+. Next year, they will join forces like a streaming Voltron. The new service could have a new name, but it will combine originals and libraries from both, as well as CNN content, including originals from the short-lived CNN+. Already, HBO Max will have some Chip and Joanna Gaines’ Magnolia shows in October, and Discovery+ some CNN originals beginning Aug. 19.

Look out Netflix! In about a year, viewers will be able to get their Ghost Adventures and Deadliest Catch in the same place as Game of Thrones and Mare of Easttown. Peacemaker and Westworld will cohabitate with American Pickers and Guy Fieri.

Company executives have also heard your complaints about the HBO Max app. The combined app they’re developing intends to fix some of those tech issues by utilizing the Discovery+ platform. When the time comes, they will offer subscription options for the combined service.

“We will have a migration plan that will allow some element, particularly you can imagine the lower-priced subscribers for some period of time to grandfather into the new product, or migrate as many as possible up to the new product,” CEO and President of Global Streaming and Games J.B. Perrette said. “That is all part of the transition plan to optimize the number of people we retain. There will be a transition plan that maximizes essentially retention.”

Warner Bros. Discovery’s goal is to launch the combined service next summer in the U.S., Latin America in fall 2023, Europe in 2024, Asia-Pacific in mid 2024, and additional markets later that year.

5. AN AD-SUPPORTED SUBSCRIPTION SERVICE IS COMING 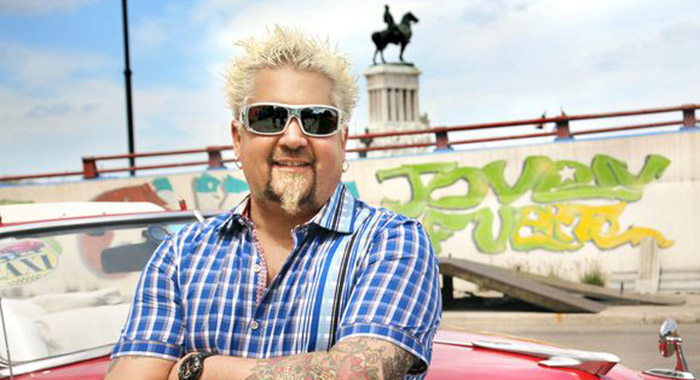 In addition to combining HBO Max and Discovery+, Warner Bros. Discovery is looking at more economical offerings. For now, their focus is on creating an ad-lite version of HBO Max. For next year, they are exploring a free-subscription option completely supported by ads; however, the ad-supported version won’t give viewers access to the premium originals. You will still have to pay for that.

It could still be worth it, though; Warner Bros. has a library of shows that aren’t currently on any streaming service. A free version of HBO Max could be a place to offer those, Zaslav said.

“Should we just use that to develop our own ‘best of class’ free platform?” Zaslav said. “Do we sell a lot of that?” 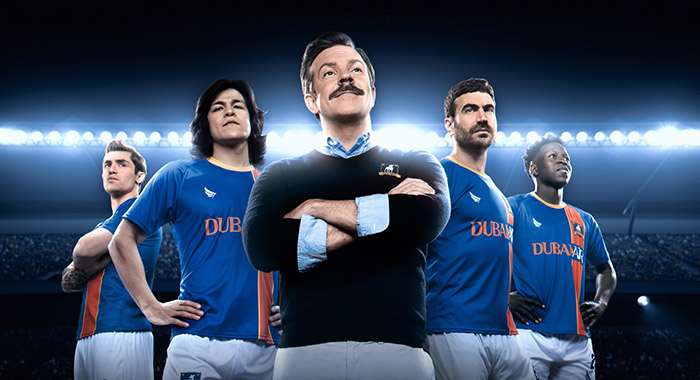 While the DC films and streaming service have been the focus this week, Zaslav also reminded investors that Warner Bros. Discovery remains a studio about producing shows to license, too. He named Ted Lasso and Abbott Elementary as Warner Bros. shows licensed to Apple TV+ and ABC, respectively. He also cited Warner Bros.’s history of providing networks with hit shows.

“We would look in awe at Warner Bros. Television as really the greatest, largest, and highest quality production operation,” Zaslav said. “When we were at NBC, it was ‘Must-see TV.’ That’s the heritage of this company. We want to sell to third parties. It’s a very profitable business for us. We think it could be more profitable.”

How Blake Shelton Is Using His Voice To Sweetly Support Toby Keith After Cancer Diagnosis
17.08.2022 16:40

Zoë Kravitz Gets Honest About Why She Made Will Smith Oscar Slap Comments, And How She Feels About The Decision Months Later
17.08.2022 15:27