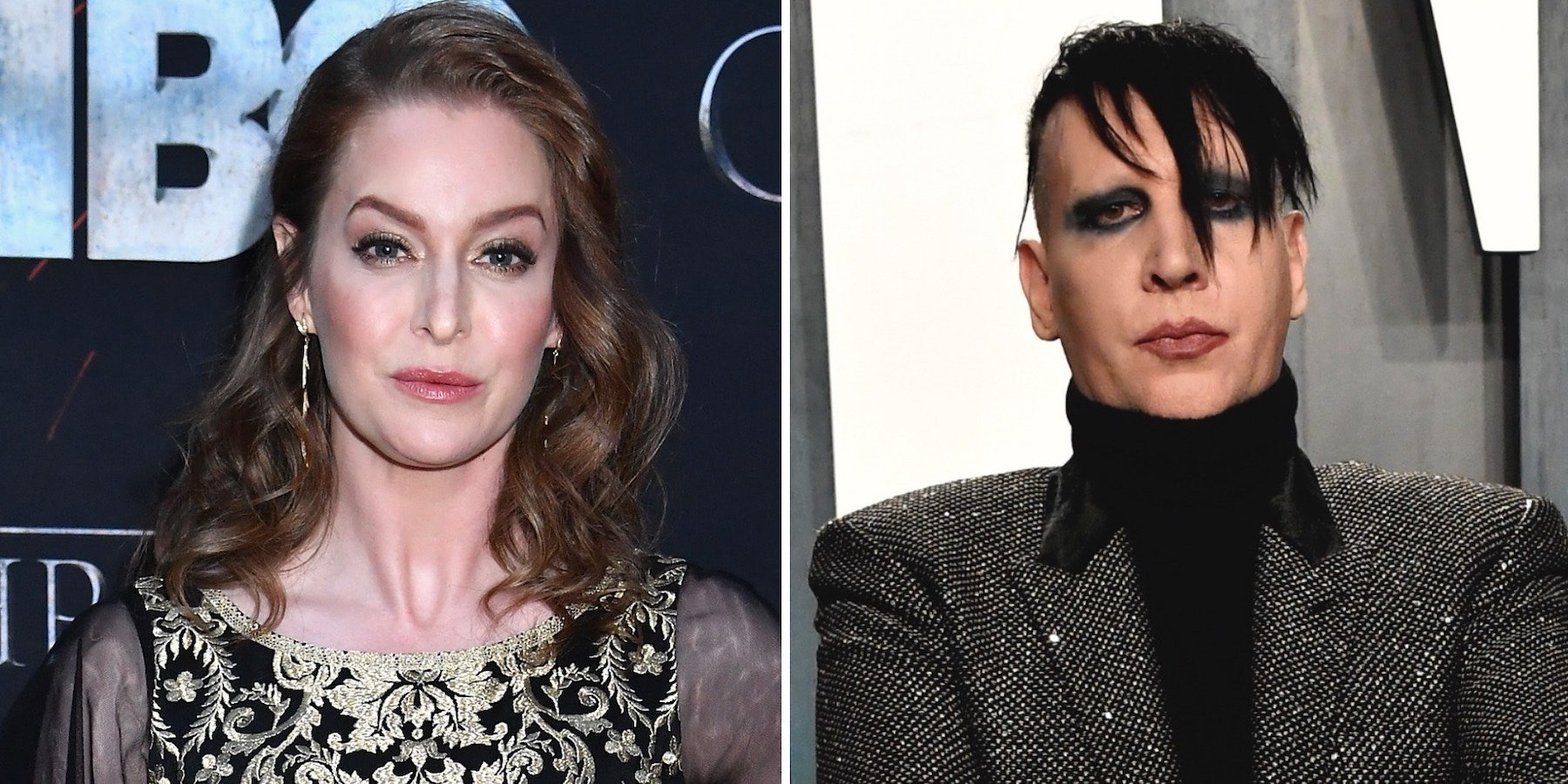 Esmé Bianco, the actress known for playing Ros on HBO’s Game of Thrones, has sued Marilyn Manson for sexual assault and sexual battery, TMZ reports and Pitchfork can confirm via court documents. Bianco also names Manson’s former manager Tony Ciulla and Ciulla Management as defendants in the lawsuit, which was filed today (April 30) in a California federal court. The lawsuit claims that Manson “used drugs, force, and threats of force to coerce sexual acts from Ms. Bianco on multiple occasions,” and that he “raped Ms. Bianco in or around May 2011.”

Bianco previously described Manson’s alleged abuse in an interview with The Cut that was published in February 2021, shortly after Evan Rachel Wood alleged that Manson abused her.

According to the lawsuit, Esmé Bianco first met Marilyn Manson, whose real name is Brian Warner, in 2005 when he “expressed an interest in casting” her in a film. She claims that Manson “made his first sexual overtures towards” her in 2007, asking “her for nude photographs on multiple occasions, each time playing the request off as a joke.”

In addition to these deprivations, Ms. Bianco was threatened and physically beaten by Mr. Warner. Mr. Warner repeatedly told Ms. Bianco that he would come to her room and rape her during the night. He threw tantrums where he would destroy camera equipment and throw objects around the room. He forced Ms. Bianco to watch an extremely violent movie that caused her to faint. He attempted to force her to perform sexual acts on camera with another woman who was present throughout the shoot. Perhaps most horrifyingly, Mr. Warner locked Ms. Bianco in the bedroom, tied her to a prayer kneeler, and beat her with a whip that Mr. Warner said was utilized by the Nazis. He also electrocuted her.