Fortnite: Season 3 opens with an overturned map, Spider-Man and Marcus Fenix ​​from Gears of War 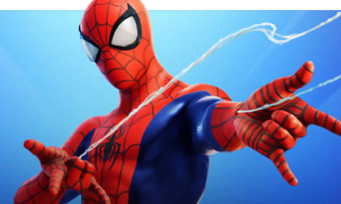 Epic Games has been teasing it for several weeks now and the wait will not have been in vain: Chapter 3 will offer a brand new map. This is the same island, but turned over, which means that the playground will be completely new, especially since a snow covered playground was discovered on its west side. In order for the launch of this new map to resonate with the mainstream media, Epic Games had the good idea to release the Spider-Man collaboration at the right time, a few days before the release of Spider-Man No Way Home, which was launched. already announced as the big end-of-year cinematographic box. Points of interest on the map come from the world of spider-man with the editorial staff of the Daily Bugle. But Spider-Man will not be the only skin available, Marcus Fenix ​​and Kait Diaz from the Gears of War series will also be represented, which is not a surprise considering that the license was formerly developed by Epic Games, before that Microsoft goes with it. Of course, this Season 3 will offer other new features, such as new weapons and accessories, and new gameplay mechanics such as this slide on the ground that some people think of Titanfall.