EST Gee Is Having a Breakout Year, So Why Is He So Apathetic? 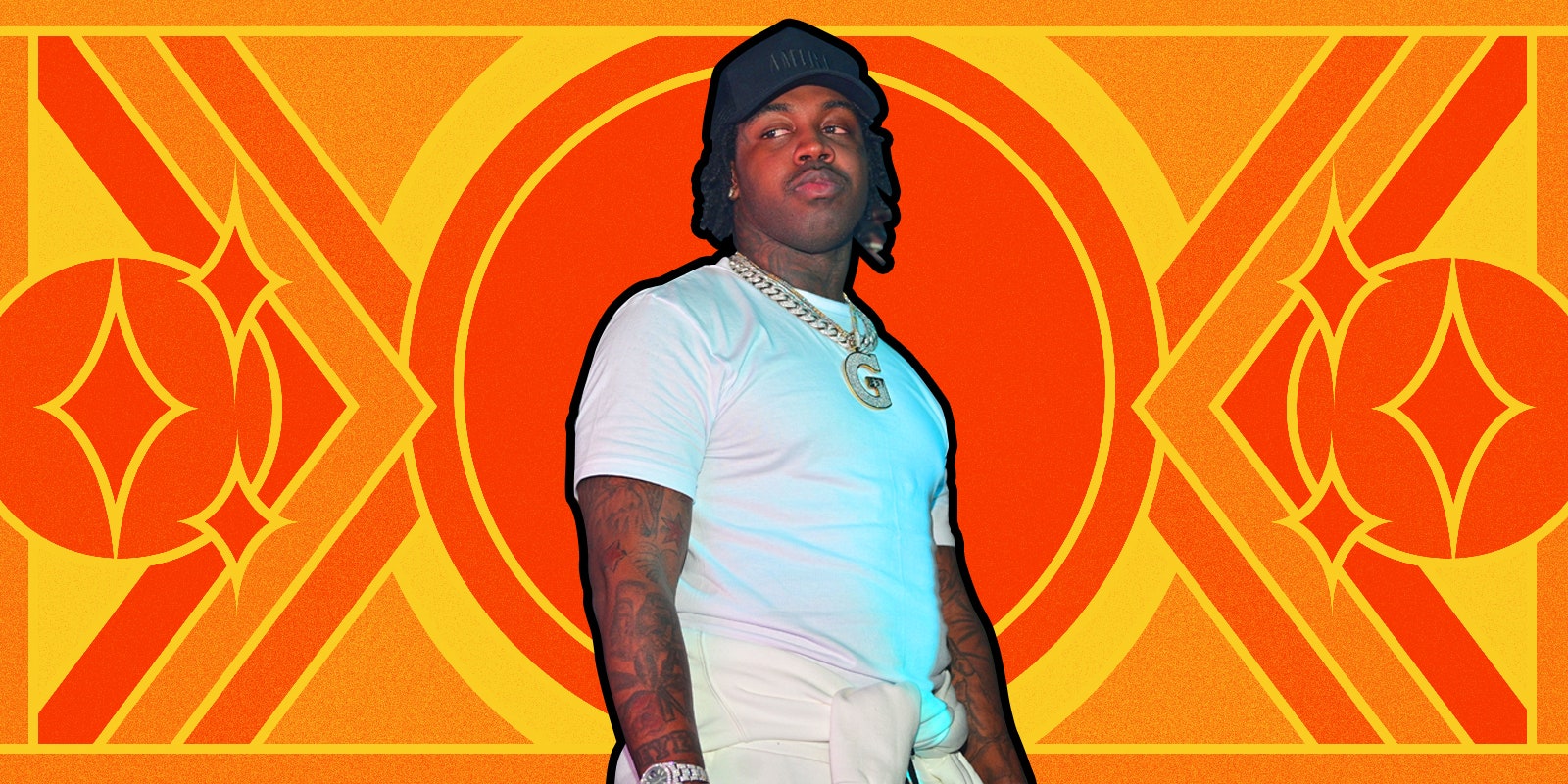 Seated at a restaurant table too small for his 6-foot-1 frame on a gleaming block in Manhattan’s Chelsea neighborhood, EST Gee is decidedly unimpressed by the cityscape around him. “It’s like anywhere else, except the buildings are taller,” he says with a shrug. When the waiter hands the Louisville, Kentucky-raised rapper a glass of lemonade, he first examines it, then takes a small sip, and finally swirls it around his mouth as if he’s doing a taste test. The lights are dim but he keeps his pitch black Blade shades on. He doesn’t laugh at jokes or make any of his own. It’s hard to believe one of the year’s most exciting new rap stars is this stoic and expressionless, and I spend a good amount of time trying to figure out if this apathetic aura is a put-on. Eventually, I ask him, “Are you always this indifferent?” He hunches over the table, making his chains, which look as heavy as a duffel bag of medicine balls, clank. “I’ve seen it all and thought about it all,” he laments.

The 27-year-old’s raps are dotted with the kind of blurry, wise words a mentor might say to a mentee in a Western, usually weaved in between unsettling street tales filled with cynicism and brutal imagery. Over menacing keys on “Get Money,” from his breakout 2020 mixtape I Still Don’t Feel Nun, he offers no joy, only gloom: “I know you heard about G/Last niggas that played with me had two, three surgeries/The young niggas can learn from me/The opps dream about burnin’ me.” Gee’s music is far from a glorification of this lifestyle. It’s more like he’s trapped, and every door he opens leads him back to the same place.

But there’s also so much Midwest and Southern flair to it, and at dinner he mentions how he grew up on Gucci Mane, Boosie, and his new CMG Records label boss Yo Gotti. Despite the music’s melancholy and violence, it’s easy to just throw on as a summer soundtrack. Given the Mid-South location of Louisville, which only has a slim rap history of its own, Gee’s music exhibits a distinct blend of the scenes surrounding Kentucky: Detroit’s non sequiturs, Chicago drill’s storytelling, Memphis’ brash production, Baton Rouge’s lyrical detail, and Atlanta’s knack for wrapping the darkest material into an accessible package.

As a kid, Gee dreamed of becoming a football star, not because he loved the sport, it was just what he knew. “All everyone cares about in Louisville is making it to college sports,” he says. “I had to try to make it for my people, especially ’cause I never been bad at nothin’.” In high school, he was a star linebacker and got recruited to play at Indiana State, where he was on the team for a couple of seasons in the mid 2010s. That dream didn’t work out as planned, though, because felony weed charges took him off financial aid and forced him back home to fight his case.