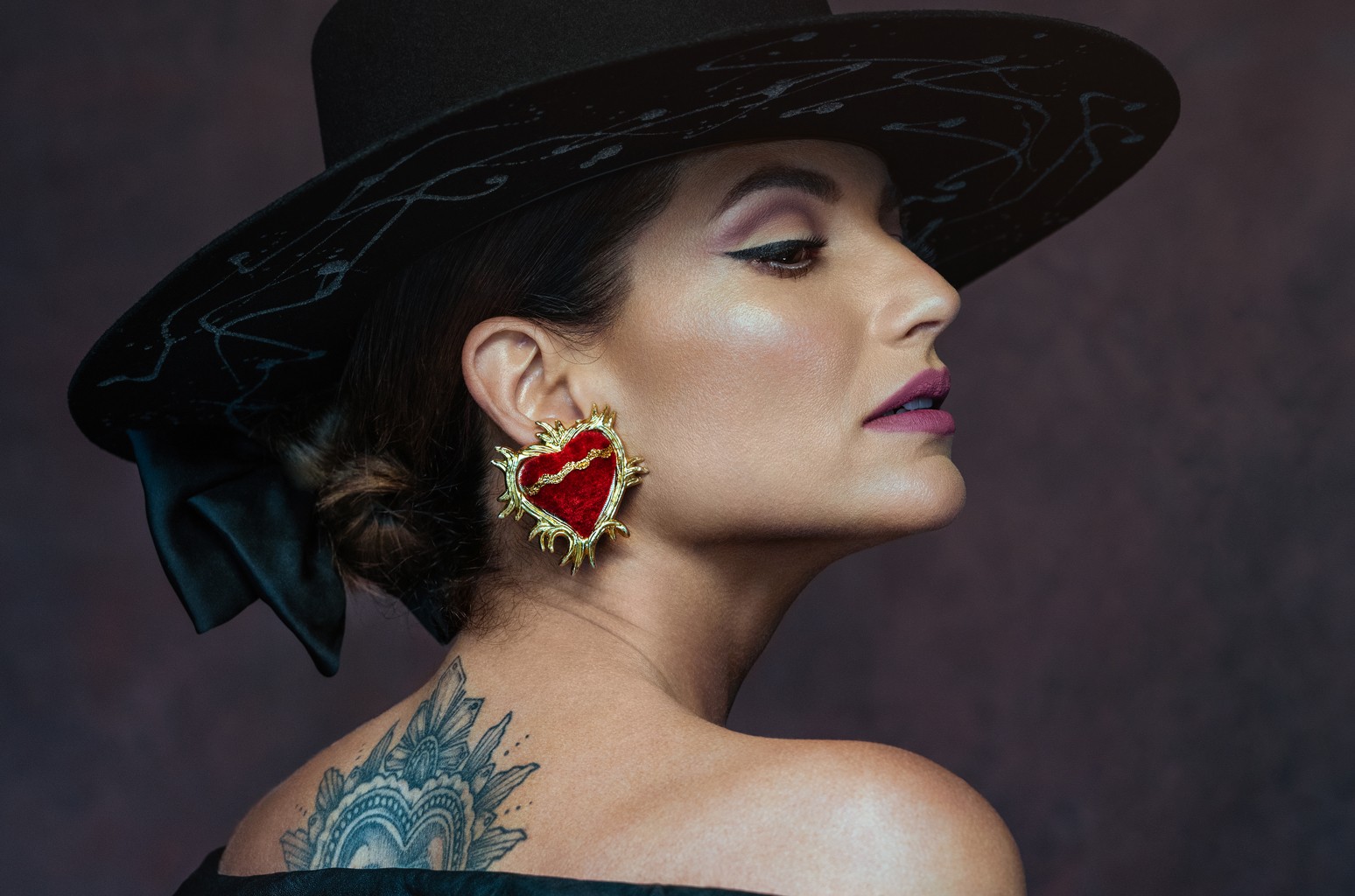 “I put all my effort and affection into making this record for Mexico, which is the country of my artistic birth,” the chart-topping artist said in a statement. “I hope my audiences embrace this album as much as they did the first volume, and that they enjoy it a lot at home. It’s a really lovely and moving album.”

Home to 15 tracks, the set is wide-ranging as Jiménez dabbles in regional Mexican styles such as mariachi, banda and ranchera. Out of the 15 songs — which feature collabs with artists such as Ana Bárbara and Joss Favela — four are original songs including the ultra melancholic ballad “La Pena,” which she co-wrote with Claudia Brant and Julio Reyes Copello.

Jiménez’s 2019 México de Mi Corazón peaked at No. 16 on the Billboard‘s Latin Pop Albums chart (dated Sept. 13, 2019). Vol. 2 is her first album since signing a new management and booking deal with LM Events, helmed by Banda MS’ manager and founder Sergio Lizárraga. The partnership marked the first time in recent memory that a prominent pop act entered a management agreement with a company that specializes in the regional Mexican market.

“This is a new and fascinating direction for me, particularly because regional Mexican music is the genre I’m most enjoying right now,” Jiménez, who launched her solo career in 2011 and has since landed three top 10 albums on Top Latin Albums and six songs on Hot Latin Songs, previously told Billboard.

Below, check out essential tracks from Jiménez’s México de Mi Corazón, Vol. 2 as recommended by the Billboard Latin staff:

“No Me Amenaces” with Ana Bárbara

Hearing one of José Alfredo Jiménez’s heartbreak anthem sung by two commanding female voices will give everyone goosebumps. Both Jiménez and Ana Bárbara deliver an emotional and evocative cover of a song that allows them to be vulnerable and determined at the same time. “Don’t threaten me,” they warn. “Whenever you are ready to start a new life, just get up and leave.” About her powerful duet with Ana Bárbara, Jiménez said, “I invited Ana Bárbara on this song because she is a really strong and independent woman, and there is no other women in regional Mexican right now that could sing this song with me.”

With her powerful vocals and accompanied by an equally powerful mariachi, Jimenez effortlessly did justice to Regional Mexican songstress Alicia Villarreal on her version of “Te Quedo Grande la Yegua.” A timeless staple in Mexican music — and a karaoke favorite — “Te Quedo” is about a woman who knows her worth and reminds her good-for-nothing partner that she’s too much of a woman for them. “This one is dedicated to all the women,” Jimenez emphasized in a statement. The original track was released in 2001 and formed part of Villarreal’s Soy lo Prohibido album.

Jiménez teams up with Banda MS to bless fans with a second collaboration after recording a reimagined version of Banda MS’ “El Color de Tus Ojos” two years ago. This romantic banda ballad sings to a beautiful love and the beauty of finding it: “How good is to have you and be reciprocated. Our love is getting stronger, and I have decided, I’m not going to let you go because you are what I like most about myself.” The track was penned by Omar Angulo Robles and produced by Sergio Lizárraga, Banda MS and Jiménez’s manager.

Jiménez pays homage to legacy act Juan Gabriel throughout the album with heartfelt renditions of some of his most memorable tracks. Known for his melancholic heartbreak ballads, Jiménez takes on one of JuanGa’s most jubilant anthems that, at its core, is a celebration of being in love. “[‘Me Nace Del Corazón’ is] one of the hardest songs to sing in the album,” Jiménez said. “Especially in one take because it’s a fast song and I like to sing it fast. It’s a pretty and difficult song at the same time.”

One of Juan Gabriel’s most memorable songs, this classic ranchera was meant to be sung by powerful vocals, just like Jimenez’s throaty voice. The song’s deep feelings are perfectly transmitted by a melancholic mariachi that help narrate a goodbye story. “It’s been a pleasure to meet you and to have loved you for a couple of months, even tho those months were the beginning and the end,” she confesses.

On this ultra-corta venas, co-penned by Jimenez, Claudia Bryant, and Julio Reyes Copello, Natalia vividly describes her heart being torn to pieces with a sharp knife because that’s how disappointed she is with love. “This pain is killing me / I am dying of love / how do I explain to oblivion that to forget you I am the worst?” she hopelessly chants over a somber ranchera melody with enchanting violins. “This is a precious ballad with some spectacular musical arrangements,” Jimenez expressed in an official statement.